About Those Passchendaele Casualty Figures 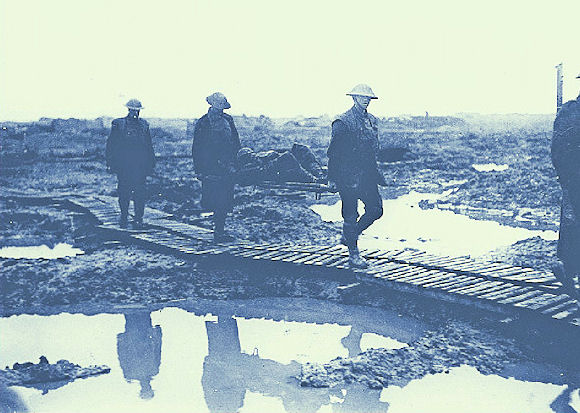 In preparing for my spring battlefield tour to Flanders, I'm starting to review some of my notes on the 1917 Third Battle of Ypres, aka Passchendaele. I'll occasionally share some of my re-discoveries with our readers here.

The number of casualties (that is, those killed, wounded, missing, and taken prisoner) incurred by the British Expeditionary Force in the Third Battle of Ypres is popularly supposed to have been the most grievous of the whole war, either by total number or per-day losses. This belief is mistaken as this table demonstrates: 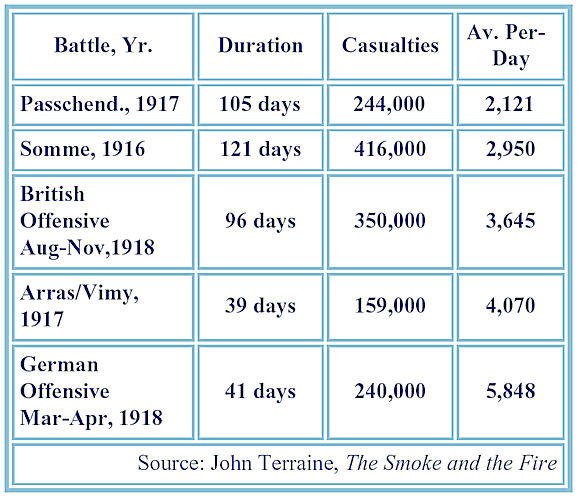