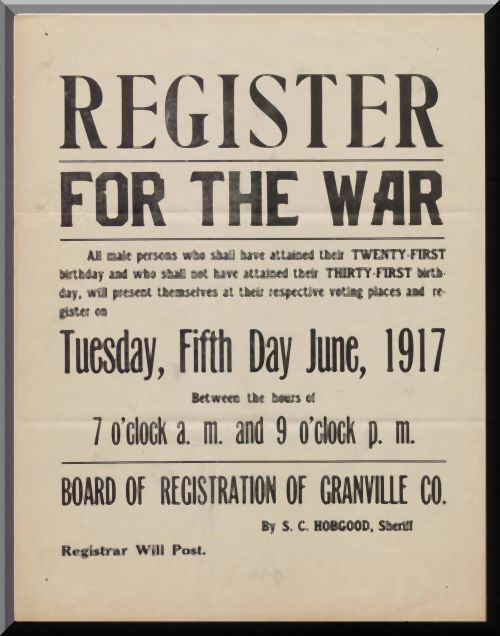 The Selective Service Act, signed into law by President Woodrow Wilson on 19 May 1917, required all male U.S. citizens and resident aliens from age 21 to 30 to register for the draft. On the day of registration (5 June 1917) 9,660,000 young men presented themselves at local Selective Service Boards, where they were asked to give their name, address, age, distinguishing physical features, and reason, if any, for claiming exemption. Three additional registrations took place, on 5 June,  24 August, and 12 September of 1918.

By war's end  24,000,000 men had registered for the draft, (about 23 percent of the population in 1918). After the signing of the Armistice of 11 November 1918, the activities of the Selective Service System were rapidly curtailed. On 31 March 1919, all local, district, and medical advisory boards were closed, and on 21 May 1919, the last state headquarters closed operations.