100 Years Ago: The Birth of the Liberty Engine


The New Willard Hotel of Washington, DC, was the site of some famous events and important visitors. Among the lesser-known was the design of the USA Standardized Aircraft Engine, better known as the Liberty engine. 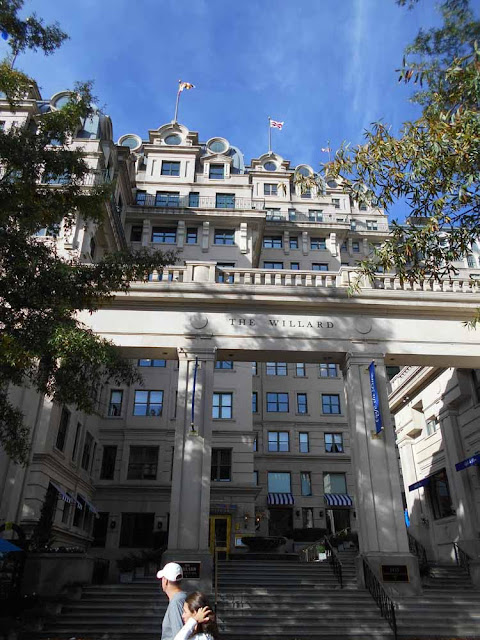 The U.S. aircraft industry was woefully unprepared after America's entrance into WW I in April 1917. Engine manufacturers, mostly of the automobile companies, agreed to build a standard engine which would maximize their resources and avoid duplication of effort. On 30 May 1917 Elbert J. Hall & Jesse G. Vincent took up residence in Suite 201 of the New Willard Hotel to design the engine. Initial concepts called for a modular design of 4, 6, 8, or 12 cylinders; the 12-cylinder, 443 hp variant became the most widely produced. I once attempted to visit Suite 201 at the hotel to see if any historical marker was present but was denied access by the hotel security since I was not visiting a specific person.

Few would question the Liberty engine was the most significant aeronautical contribution of the USA to the First World War. Several American car companies produced 20,478 Liberty engines for U.S. Air Service use during the war. It saw operational service in the war, adapted for the de Havilland DH-4 and French Bréguet 14 bombers and Curtiss Flying Boats. Post-WW I the Liberty was used in several aircraft designs as well as for boats and tanks.


Photos from the National Museum of the United States Air Force, Wright-Patterson AFB, OH, and the author's collection.