What Happened at Zivy Crater?

Zivy Crater–now the site of a Commonwealth War Graves Cemetery–sits right at the foot of Vimy Ridge and was on the jump-off line for the Canadian assault of 9 April 1917. I'd never visited it before, but I thought after looking at Google Earth that it would be the perfect spot to start the Vimy Ridge segment of my recent Western Front Battlefield Tour. Unfortunately, when we got there the view of Vimy Ridge was perfectly blocked by an overpass and surrounding trees. We did learn the story of its role in the war  from  the informational kiosk at the site. The cemetery  is the final resting place for 53 fallen of the war, mostly Canadians, who died in the opening attack of 9 April. 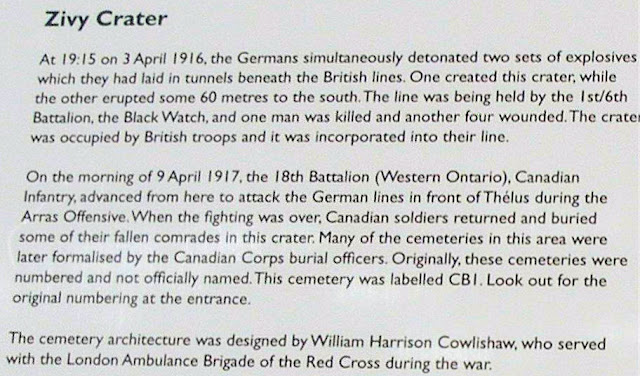 After the War, Zivy Crater Was Something of a Pilgrimage Site for Canadian Visitors 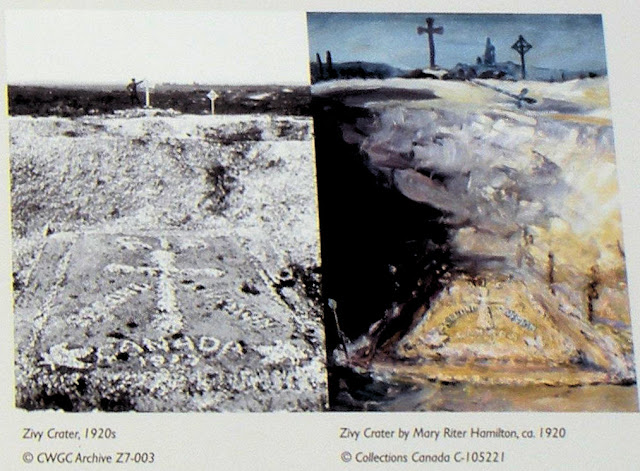