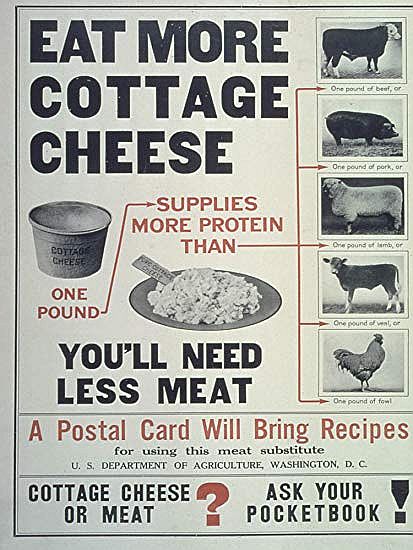 
Meatless Mondays. Local is best. Eat less wheat. These sound like food fads plucked from 2017’s buzziest blog headlines but are in fact from 100 years ago. Each was a campaign from the U.S. Food Administration during World War I, and the food propaganda it represented was as important to the war effort as Uncle Sam’s “I want YOU for the U.S. Army.” As young men fought in the trenches of Europe, housewives across America were called upon to do their duty by minding the pantry, keeping down food waste, and foregoing the bounty of our amber waves of grain so that the boys “over there” could be fed. Unsung and nearly forgotten, the food calls to action from World War I paint a vivid picture of conservation and volunteerism, early nutritional science, and the birth of advertising. Not surprisingly, some of those behaviors—keeping backyard chickens, using dried peas as a meat substitute—have reemerged in 2017 as in vogue food trends.

For Americans in the early 1910s, access to food was not a major concern. Rural meals revolved around a hearty farm diet rich in meat, produce, sugar, and fats, while city dwellers had access to myriad restaurants as well as both fresh and packaged convenience foods—like Kellogg’s Corn Flakes and Oreos—for dining at home. The food supply was so ample, in fact, that when World War I broke out in Europe in 1914, the United States’ first response was to become the foremost supplier of food relief aid. Hard-hit countries like France and Belgium received dedicated shipments, and private organizations spent more than $1 billion to distribute 5 million tons of food across enemy lines. 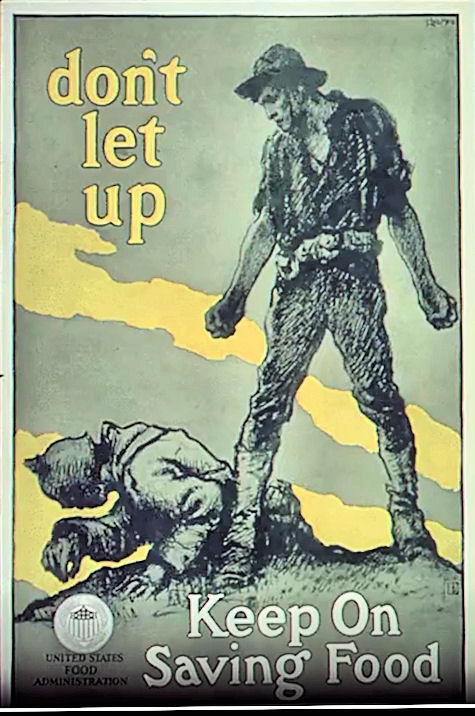 The focus of this food delivery infrastructure changed, however, when the U.S. entered the war in 1917. Although aid to allies continued, the primary concern became feeding American troops, and feeding them well. A typical daily ration for a U.S. infantryman during the Great War consisted of up to 5,000 calories made up from a pound or more of meat (bacon or fresh meat, rather than canned, when possible), 20 ounces of potatoes, and 18 ounces of bread (often produced in nearby field bakeries). This was about 20 percent more than the French or British could supply their men, and considerably more than the Germans, especially in the final months of conflict. This food often came straight from the homeland, and supply lines crossing the Atlantic were considered as important as the lines across Europe. 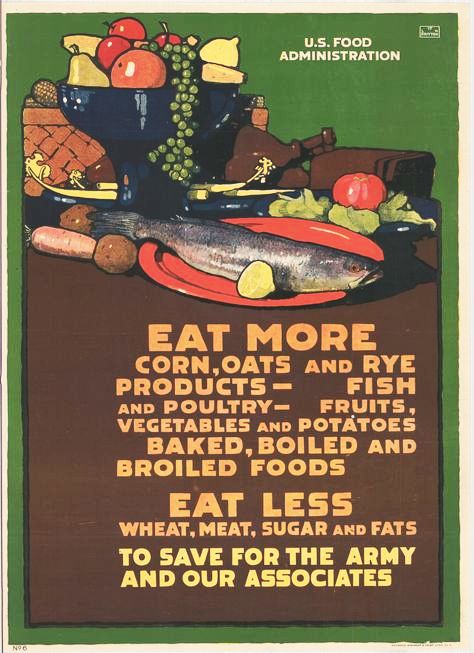 At the behest of Congress, President Woodrow Wilson created the U.S. Food Administration (USFA) to manage the food reserves for the U.S. Army and allies. He appointed Herbert Hoover—then just a private citizen, a mining executive who had left his job to lead the Belgian relief—to serve as the sole director, and Wilson afforded him wide latitude to accomplish the group’s goals. Although the mission was to keep troops fed, this charge required a tremendous amount of intervention in the food habits Stateside. Hoover became known as America’s “food dictator.” The USFA fixed the price of wheat (both so that it could buy and ship in bulk and so it could stabilize the price for worried farmers), commandeered rail lines to improve transport routes, and intervened to prevent food monopolies. Hoover even insisted he receive no salary despite the tremendous amount of work; he felt this allowed him a higher moral ground from which to ask U.S. citizens to make hard sacrifices.