Infantry of both sides in the Great War learned to love the trench mortar. And foot soldiers still love to have hands-on, immediate control of what is in effect, short-range light artillery. The early mortars, however, had obvious signatures, smoke and flash characteristics, that made them easy for enemy spotters to locate. One solution was the compressed air trench mortar, which emitted neither smoke nor flash when operated. Here is a French 86mm piece being fired. 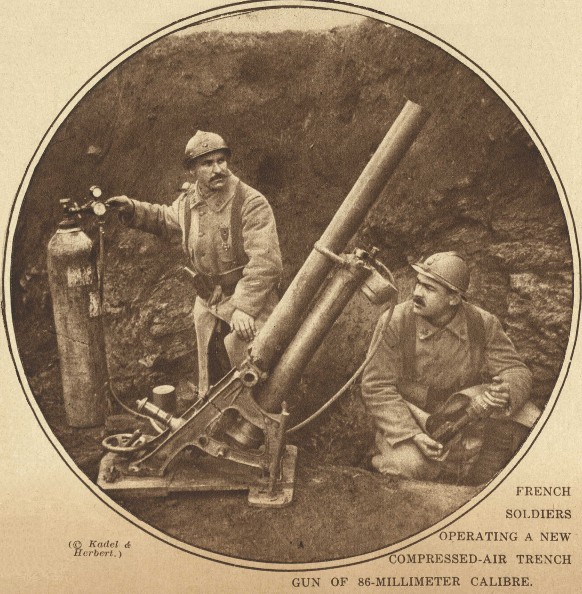 The piece shown above could fire an impressive ten rounds per minute over a maximum range of 275 meters.  Later in the war, compressed air trench guns were phased out in favor of the simpler and easier to transport Stokes-type mortars.