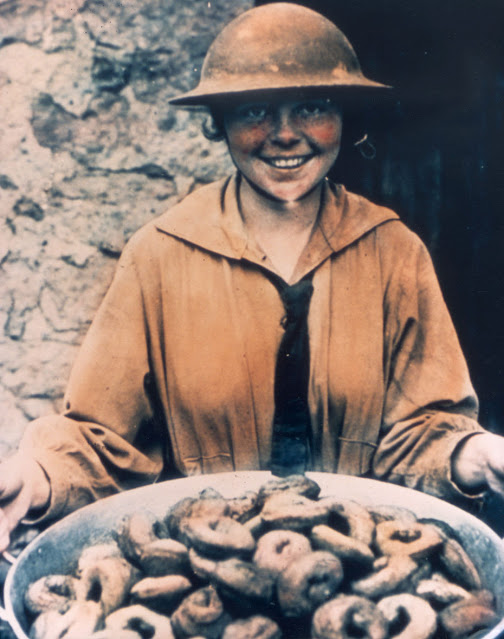 The doughnut–America’s favorite indulgence–has an unexpected heroic history. Despite having been invented in the 1800s, the doughnut wasn’t popularized until WWI, when the ring-shaped pastries brought comfort to thousands of soldiers serving in the trenches during the brutal years far from home. The Salvation Army, a well-known Christian charitable foundation, became the first prominent organization to provide soldiers with fried doughnuts on the front lines of the Great War, thanks to the brave women whose story has remained a footnote in wartime history.

Although only about 250 volunteers were sent to the French trenches, these women were eventually able to turn out 8,000 doughnuts a day and news of these “doughnut girls” spread quickly throughout France and the U.S. The women traveled with their troops to the front lines, piling their supplies into the ammunition train and moving through the night. Often, army generals weren’t fond of women being so close to combat, but the ladies were determined to dish out their doughnuts to the troops.

PS:  When you click through you will see Nessy has gathered a Simply Fabulous collection of wartime Doughnut phots.