The Yankee Division at War: A Photo Essay

One of the most active divisions of the AEF was the 26th "Yankee" Division made up of National Guard units of the New England States. It had been activated for the Mexican Border Crisis and was conveniently located on the east coast so it was available for early deployment to Europe. It fought in the three biggest battles of the AEF, the Second Battle of the Marne, the St. Mihiel Offensive, and the Meuse-Argonne Offensive, as well  spending time deployed along the Chemin des Dames, and the Woevre Plain where it experienced the largest trench raid mounted against American forces at the of village Seicheprey. The Yankee Division paid a heavy price for their services in the Great War, almost 1,800 killed and 12,000 wounded. Here's their story in photos. They are displayed at 580 pixels in width, but if you wish to download them, click on the photo you see and download the original 1000 pixel wide version. 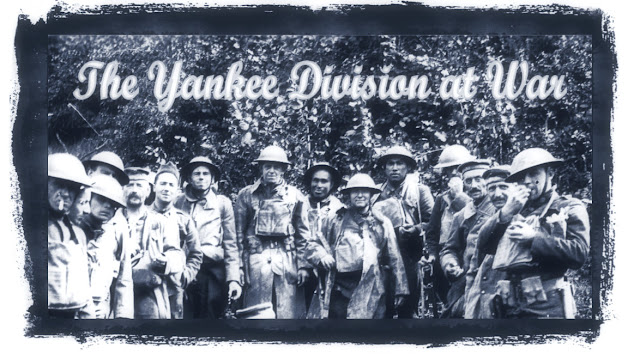