• Poland and the Baltic states of Lithuania, Latvia, and Estonia to Germany and Austria-Hungary

• Kars, Ardahan, and Batumi to Turkey 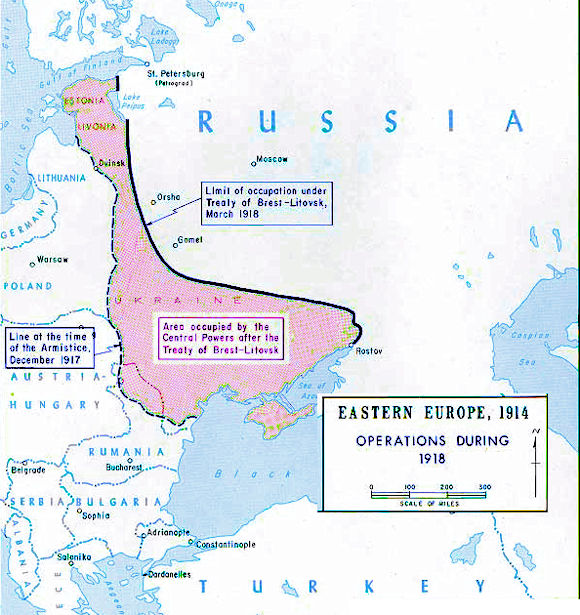 • In the general Armistice of November 1918, the Central Powers were forced to renounce the treaty

• Ukraine was recovered in 1919, during the Russian Civil War