Secret Overture to Lenin: The Bullitt Mission to Soviet Russia, 1919—A Roads Classic 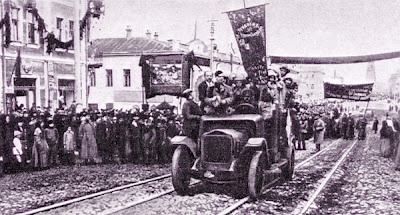 In March of 1919, William Christian Bullitt, an attaché to the U.S. delegation to the Paris Peace Conference, visited Soviet Russia on a clandestine mission. Although Secretary of State Robert Lansing authorized him to report only on political and economic conditions, Bullitt’s actual objective was far more ambitious—to broker an agreement between the Allies and Russia’s Bolshevik government that would end the Russian civil war, lift the Allied blockade of that country, and allow the Allies to withdraw the troops they had dispatched to Russia in 1918. Bullitt eventually received a proposal from the Bolshevik government that would have realized these goals, but the Allied leaders at the Paris Peace Conference were unwilling to accept the offer.

Following the withdrawal of Allied diplomats from Petrograd and Moscow in 1918, the Allied leaders—U.S. President Woodrow Wilson, British Prime Minister David Lloyd George, French Prime Minister Georges Clemenceau, and Italian Prime Minister Vittorio Emmanuele Orlando—grappled with the question of how to address the Russian Civil War that had broken out between the Bolsheviks and White Russian forces following the Russian Revolution. After the signing of the Treaty of Brest-Litovsk in March of 1918, Allied, Japanese, and U.S. troops had occupied parts of Northern Russia, the Ukraine, and Siberia to protect vital areas from falling into the hands of the Germans, and to provide assistance to the White Russians. When the First World War ended, however, Allied leaders found it difficult to justify leaving tens of thousands of war-weary troops in Russia.

In early 1919, both Lloyd George and President Wilson suggested that the leaders of the warring Russian factions should meet in order to hammer out a peace accord. In spite of fierce French opposition, President Wilson succeeded in proposing that the Russians would meet on Prinkipo Island [Büyükada, largest of the Princes' Islands] off the coast of Turkey. While the Bolsheviks accepted Wilson’s proposal, the conference failed to materialize due to French resistance and the unwillingness of Russian anti-Bolsheviks to attend negotiations that would include the Bolshevik government. 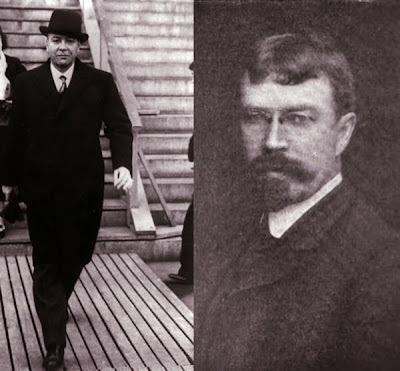 Nevertheless, Lloyd George and Wilson remained interested in working toward resolving the Russian situation. Because Bullitt had urged that a mission be dispatched to Russia, Wilson’s chief adviser, Colonel Edward M. House, asked Bullitt if he would be willing to lead such an endeavor. Bullitt then drew up a list of peace proposals to present to the Bolshevik government that proposed an armistice, the re-establishment of economic relations, and the withdrawal of Allied troops. Additionally, House encouraged Bullitt to secure a promise from the Bolsheviks that they would honor tsarist Russia’s debts to the Allied powers. However, while Bullitt secured House’s assent to his proposals, neither Wilson nor Lloyd George knew of them.

On 6 March 1917 the Bullitt Mission (which comprised Bullitt, journalist Lincoln Steffens, and a U.S. Army intelligence officer) crossed the Russian border. Following a meeting with Deputy Soviet Foreign Minister Maxim Litvinov in Petrograd, Bullitt and Steffens left for Moscow, where they met with Bolshevik leader Vladimir Lenin and his foreign minister, Georgi Chicherin. Although there was opposition to negotiations with the Americans within the Bolshevik leadership, on 14 March Bullitt received a Russian proposal that demanded the Allies call for a ceasefire within the former Russian Empire and agree to a peace conference in a neutral nation. The proposed terms for discussion at the conference included allowing all de facto governments within the borders of Russia to retain the territory they held prior to the armistice, the lifting of the Allied blockade, the withdrawal of Allied troops from Russia, disarmament of the warring Russian factions, and a commitment by the Bolshevik government to honor Russia’s financial obligations to the Allies. 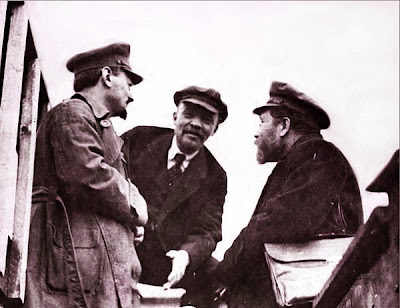 During his week in Russia, Bullitt also compiled an extensive report on conditions there. While acknowledging the economic hardships facing the Russian people, Bullitt asserted that the violent phase of the Bolshevik Revolution had ended and that the Bolsheviks enjoyed popular support. Furthermore, he reported that Lenin and a large segment of the Bolshevik Party were willing to compromise with the United States. In fact, Bullitt believed that the greatest danger confronting the United States was the possibility that continued Allied interventions and support of the White Russians would lead to the rise of more radical political factions. Consequently, Bullitt concluded that “[no] Government save a Socialist Government can be set up in Russia today except by bayonets,” and that Lenin’s faction of the Bolsheviks was “as moderate as any Socialist Government which can control Russia.”

Bullitt returned to Paris on 25 March and there faced Allied resistance to the proposal he received from Lenin. Although Lloyd George privately assured Bullitt that he was sympathetic to the Bolsheviks’ offer, he repudiated it once news of Bullitt’s mission had been leaked to the British press. Clemenceau had opposed any overtures to Lenin from the start. Wilson was in poor health and was focused on achieving a breakthrough in negotiations with the French concerning the peace treaty with Germany. Furthermore, the President’s relations with House, Bullitt’s original patron, had soured greatly. Finally, news from Russia indicated that anti-Bolshevik forces would soon capture Moscow, thus obviating negotiations with Lenin. Consequently, the 10 April deadline for the Allies to respond to Lenin’s offer passed without any word from the Allied side, and Bullitt angrily resigned from the U.S. delegation on 17 May. The failure of the Allies to agree to the proposal secured by the Bullitt mission delayed official U.S. recognition of Soviet Russia for many years.

Source: Office of the Historian, United States Department of State