New Series Announced: "The Sources of Frontline Intelligence in the Great War" 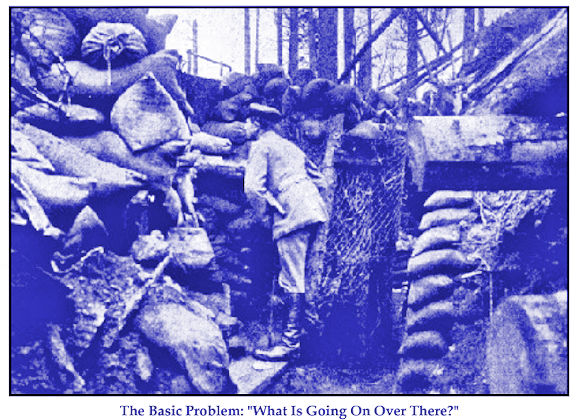 Military intelligence at the front evolved remarkably during the Great War. Prior to the modern era, intelligence relied on espionage to exploit human frailties for relevant information. Spies and attachés personified traditional intelligence collection, but the rapidly evolving World War I battlefield of 1914 transcended this. Furthermore, the field commander's traditional favorite force arm for intelligence, mobile cavalry, was rendered impotent with the transition to trench warfare. With each passing autumn day in 1914, demand for relevant and timely information increased as enemy forces converged to a territorial stalemate and commenced a strategy of positional war. Come the winter of 1914–15, this static war demanded a constant stream of information, especially, to aid the targeting of field artillery, the most important weapon in the contemporary arsenal. This increased demand for timely and accurate data led to the creation of new sources of intelligence derived from the technologies of the day. By the end of the war the number of frontline intelligence sources had grown to eleven.

Thanks to the expansion of military intelligence—based on the exploitation of  science—enemy intentions could be gleaned and his forces targeted, and the war evolved into the harvest of death that is remembered to this day.  Every conceivable source of transmitting a message, including carrier pigeons, messenger dogs and light rockets, supported the conveyance of knowledge of the battlefield. All converged toward the ultimate objective of positional war—controlling destruction and annihilation of the enemy.

Tomorrow we will begin a weekly series which will cover Terrence Finnegan's  insights on each of these sources of intelligence.

From "Military Intelligence at the Front," Over the Top, February 2009