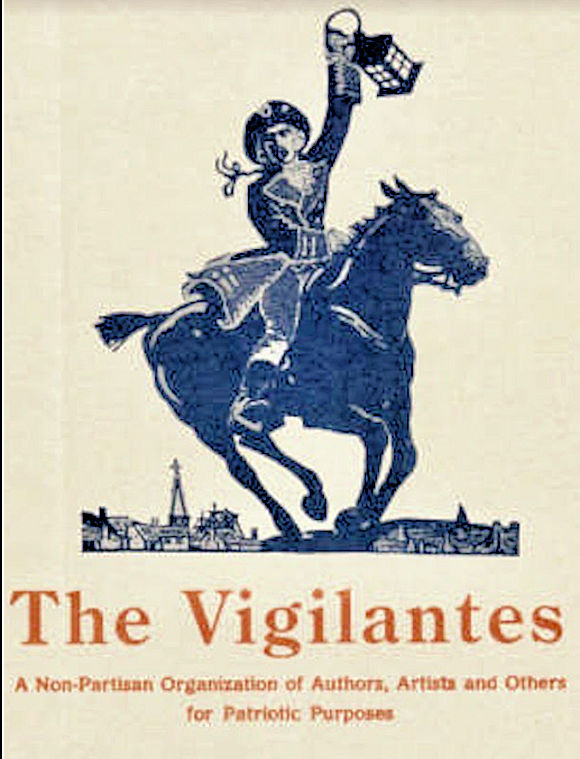 One Sunday afternoon in November 1916, the same month incumbent Woodrow Wilson defeated challenger Charles Evans Hughes under the banner “He kept us out of war,” German-American poet Hermann Hagedorn visited the home of playwright Porter Emerson Browne and posed a question: how might they and others convey to Americans the urgency for readiness in case of conflict? The two immediately broached the question to a few friends when the inspiration came; as Browne noted in a May 8, 1918 piece for The Outlook magazine, “Being writers, naturally writing was our field . . . It is the written and the printed word that weld a nation into a single entity.” Thus was born the idea of the Vigilantes, a consortium of journalists, poets, novelists, playwrights, and others in the creative space who during the Great War took it upon themselves to prod, cajole, educate, and outrage the American people into readiness and action.

That late autumn a yet larger group convened at the Players Club, the Gramercy Park watering hole and theater founded in the 1880s by Shakespearean actor Edwin Booth for the purpose of bringing together those within the artistic fields. Present too were stakeholders from the business, political, and national security realms. Five days before Christmas 1916 almost three dozen individuals met yet again for the first so-called Vigilantes Dinner to hammer out their plans for the coming year. The men—and women—who comprised the Vigilantes wasted no time; magazine and newspaper articles with Vigilante by-lines appeared in various outlets across the country continuously throughout the winter of 1917. 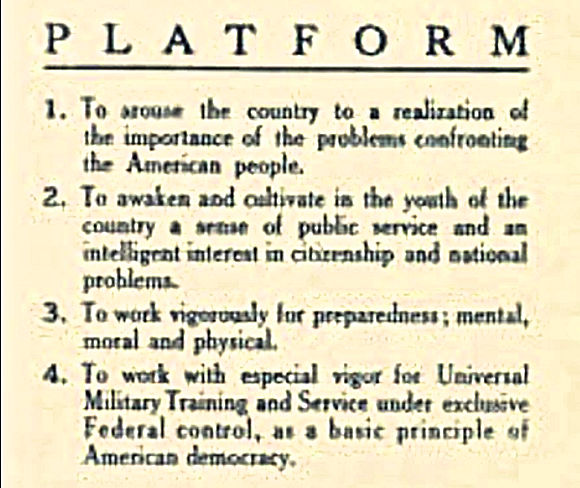 On 29 March, just one week before Congress declared war on Germany, there was a Vigilantes Dinner at the Harvard Club of New York City’s 44th Street clubhouse. While pleased overall with their progress, they wanted to expand their voice, which meant inclusion of their work not just in individual newspapers but also within the many news syndicates and press associations across the country. Soon the group articulated what would today be called a mission statement, which they laid out plainly on their stationary and letterhead. They also established a Manhattan headquarters.

The Vigilantes saw themselves as part of an intellectual tradition and as writers and artists who understood the power of words and iconography. The group’s name itself connoted the spirit of the Old West, which was fitting, given Theodore Roosevelt and Owen Wister’s participation in the movement. Their logo alluded to the American Revolution, the rider holding his lantern aloft with a steeple behind him clearly meant to conjure Paul Revere and his warning that the enemy was approaching. As literary figures most if not all of the Vigilantes would have known of the influence of pamphleteering during the Revolution and early years of the Republic. They considered themselves to be working within the spirit of this heritage. 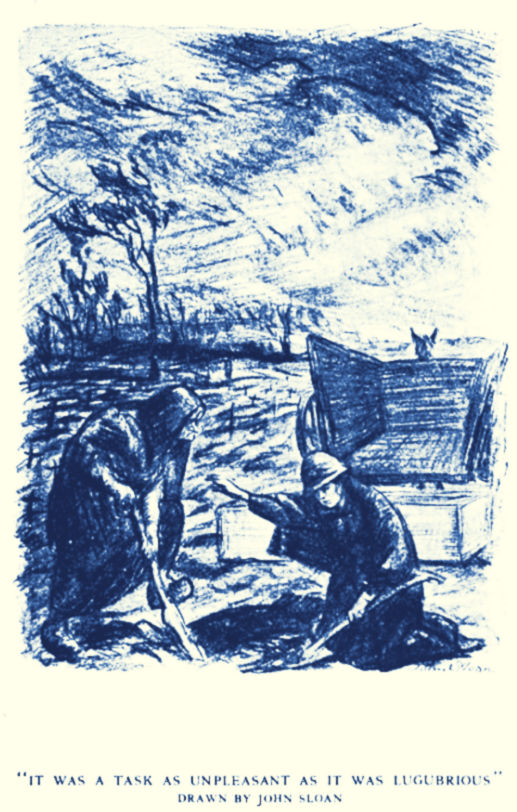 They published monographs as well. In 1917 Executive Committee member Charles Hanson Towne edited a 400-plus page anthology entitled For France containing speeches, cartoons, paintings, poetry, and prose with contributions from the like of the late Alan Seeger, William Dean Howells, Booth Tarkington, John Singer Sargent, James Montgomery Flagg, and Ida M. Tarbell, to name just a few. Former President Roosevelt authored a forward. That same year the Vigilantes published Fifes and Drums: A Collection of Poems of America at War with many of the same authors and themes. These endeavors were hardly unique. The American public’s desire for anything relating to the war was so insatiable. The New York Times in October 1917 listed no less than 200 war-related titles released in just the six months since the United States entered the conflict. The Vigilantes were also among the many groups that organized a tribute to France in recognition of Bastille Day held in New York City on Monday 15 July 1918.

And, of course, there was the ongoing journalism. During the war, approximately 300 to 400 writers, cartoonists, and others committed to contributing at least occasionally to the cause. Once the United States officially joined the fight, the Vigilantes’ emphasis shifted from warning to assistance. Writers wrote in support of George Creel’s Committee on Public Information, Herbert Hoover’s U. S. Food Administration, the various loan drives, and other causes central to the war effort. The New York Times noted on 25 August 25 1918 that over the past year and a half “Authors provided most of the slogans for the Liberty bond and war savings campaigns. Writers whose works occasionally caused the turning up of the fastidious nose may [now] be found aiding the Y.M.C.A.” While the Vigilantes' editorializing could be overly strident and jingoistic, they tried to create a distinction, or at least the appearance of a distinction, between themselves and those scapegoating or encouraging the violence becoming commonplace against ethnic Americans, especially German-Americans. Vigilantes' managing editor Charles J. Rosebault wrote in the September 16, 1917 Brooklyn Daily Eagle that “The organization has taken no part in lynching, in interrupting street meetings, in organizing boycotts, or in the various other activities undertaken by individuals or associations of somewhat similar names. I state this not in criticism of others, but merely to draw public attention to the fact that the Vigilantes mean to continue to agitate for patriotism and to fight pacifism and pro-Germanism entirely through their pens, leaving other forms of action severely alone.”

The Vigilantes were nothing if not passionate and prolific. By one estimate the fair market value of their pro bono contributions would have cost news outlets $20,000 per month in commissions, more than $355,000 in today’s dollars. Their work was crucial in this era just prior to mass radio, let alone television or social media. The Vigilantes certainly moved the needle and steered the narrative of American discourse. Most cities had at minimum a morning and afternoon paper; New York City alone had nearly a dozen dailies. The syndicates reached deep into the isolationist South and West. Venues for the Vigilantes' work included the American Press Association, the Wheeler Syndicate, Western Newspaper Service, the extensive foreign language press that served the country’s many “hyphenated-American” communities, and even agricultural journals, which is probably less surprising than it might appear, given the centrality of American foodstuffs to the Allied war effort. Millions read the Vigilantes' work.

So why is their story not better known today? The answers are manifold. For one thing, little of the Vigilantes' journalism is in one place. Besides the two monographs mentioned above, the editorial pieces are scattered in isolated newspaper morgues and databases across the country. Many of the periodicals for which the Vigilantes wrote no longer even exist. No one seems to have been keeping track of the total output at the time, and no scholar has apparently ever attempted an anthology. In the Roaring Twenties, the stridency of the writing already seemed jingoistic and anachronistic to jaded Americans. While literary critics over the past century have written extensively about Great War poetry, their emphasis has largely been on the anti-war poets, not those who advocated for militarism. This is all unfortunate. While the majority of the Vigilantes' work may be of greater historical than literary merit, it is an important cultural legacy of American involvement in the Great War. 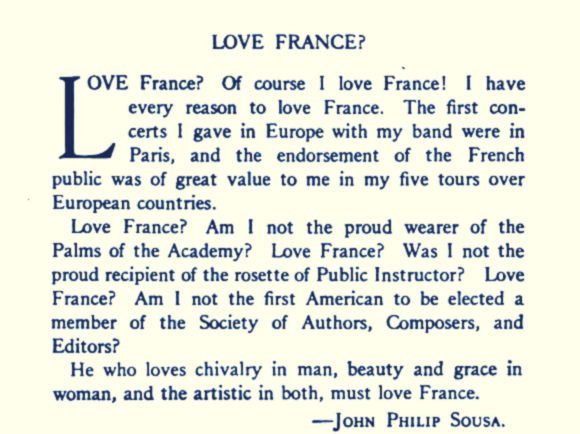 Keith Muchowski is a librarian and professor at New York City College of Technology (CUNY) in Brooklyn. He is currently writing a book about Civil War Era New York City. He blogs at thestrawfoot.com