Recommended: Fierce Days and Nights by Hanns-Gerd Rabe for Over the Front Journal

Originally presented in Over the Front Journal 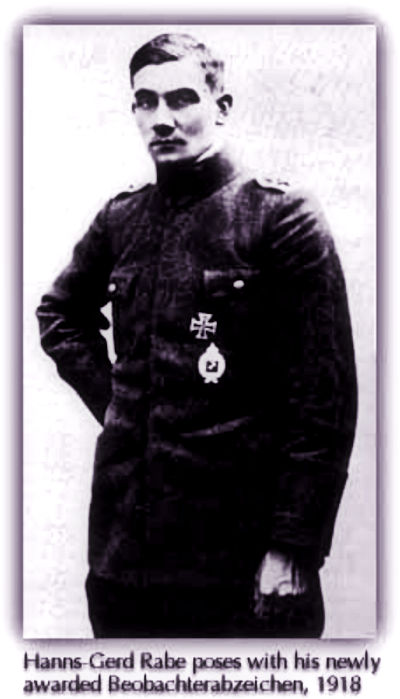 The calls for help from the hard-pressed infantry became ever more urgent in the late summer of 1918. Consequently, my pilot and I now flew in all sorts of weather, often three times a day, as all along the front barrages blazed, keeping our trenches under constant attack. It had gotten to the point where I no longer kept a flight log and so I made no personal notes about my flights by type, duration and mission. Only occasionally in a fleeting sentence of a letter did I refer to my strenuous flying activity. But these brief references could not possibly capture the swarm of emotions one felt during such flights: the giddy feeling at high altitude, the desire for solitude, the sense of detachment from the earth and of being closer to heaven...or the strange sensation of re-starting the engine at high altitude, being entirely at the mercy of the three dimensions; marveling at how the single engine, its precise firing order seeming to bring it to life one cylinder at a time, became a new form of noiselessness because the enormity of the great expanse of empty sky smothered the racket it made. . .or the fascination of watching the muted vibrations trembling over the fabric of the wings. . .or feeling the heat of the ground slowly change to coolness and then frosty coldness...or watching the shadows of the clouds drift across the earth far below. . .or feeling the rain hit one's face with whip strokes...or at high altitude, seeing the landscape transformed into a big abstract art chart...all this until the pilot disrupted the silent spell, signaling with a waggling of the wings: "Wake up! We are there. Six thousand meters (19,750 feet) altitude." I nodded, knowing that we had entered an area of ever-changing hazard, an unknown land where the opponent was a bird of death decorated with cockades or anti-aircraft fire with the twisted black spewing of its muzzle seeming to hang in the air, waiting for its victim. 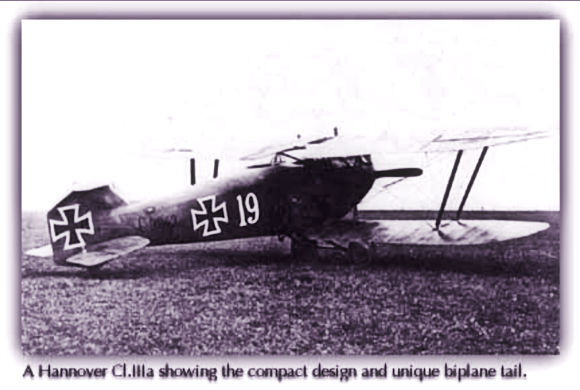 Some direct impressions of the time can be seen in a letter of 28 July 1918, to my lady friend Franziska, a teacher at a school for German military and civilian dependents in Brussels:
I am in a capricious mood. The bad weather lately is appropriate, for the sky is like a giant cow whose udder is hard to milk. There is much rain, of course. It rains in streams and, despite that, I, the poor Franz' (aviation slang for observer) have flown, ranged heavy artillery batteries and come back all crumpled up, thoroughly waterlogged and then covered with black 'goo' from a leaky oil line that 'spritzed' in my face constantly. Our crate is now in the hangar and the Emil (slang for pilot), not plagued by scruples, is in his bed, while I must have a long telephone conversation with the General in charge of artillery in this area.
Continue Reading the Full Article Here:
https://www.overthefront.com/over-the-front-journal/sample-articles/fierce-days-and-nights-in-flanders#Fierce_2