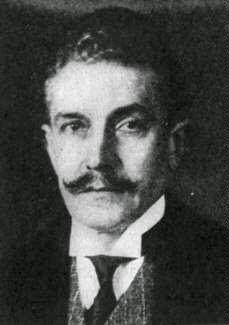 When Prince Lichnowsky (1860–1928) left a comfortable retirement to become ambassador to the Court of St. James in the fall of 1912 he was given a difficult task but was not expected to accomplish it. It was his responsibility to repair damaged relations between Great Britain and Germany. He excelled at this job. Between the time of his appointment on 1912 and his departure in 1914 the prince negotiated an Anglo-German colonial treaty, updating the 1898 division of Portuguese colonies into spheres of economic influence between the two powers, played a constructive role in the 1912 Conference of Ambassadors that ended the First Balkan War and, in the main, brought about better feelings between Great Britain and Germany.


Had Lichnowsky continued to be the trusted representative of his government, had they dealt frankly with him, and through him with us, after the murder of the Archduke, war might have been avoided.
British Foreign Minister Sir Edward Grey


His successes left his Foreign Office superiors in Berlin distrustful of him with his close relationship with the British Foreign Office. In July 1914, Lichnowsky pleaded with Chancellor Bethmann-Hollweg and Secretary of State for Foreign Affairs Gottlieb von Jagow to use discretion in their support of Austria. In his view, Britain would definitely support Russia and France in a war defending Serbia against Austrian aggression. Sadly the chancellor and the secretary did not trust Prince Lichnowsky's judgment because they believed him to be easily duped by the British.

Thus, his warnings that the Asquith government would honor its entente with France and use the German invasion of Belgium as a rationale for entering the conflict were ignored. After the war started, Lichnowsky returned to Germany and spent the rest of his life trying to justify his actions during the July Crisis.

In a privately circulated pamphlet (1916) he asserted that his efforts to prevent the outbreak of World War I had not been supported by his government. The pamphlet, published in January 1918, without his permission and widely distributed by the Allies, was the cause of his expulsion from the Prussian upper house.