Imagine a time before the information revolution, when the First World War involved all the great powers and the mighty conflict touched almost every family. How was the curiosity of the public about the war satisfied without television, documentary films, the Internet, or even radio in that age? This was accomplished by the printed press— newspapers and magazines. To supplement the reports of correspondents, detailed schematic drawings on every conceivable topic were used to help educate the public (and, naturally, to sell papers).


Submarines, of course, were operated by all the larger combatants, but — due to their lethality — Germany's U-boats were a particular fascination. Displayed here are the inner workings of a German attack U-boat from an English-language source. In WWI a total of 375 U-boats sank 6,596 merchant ships for a total of 12,800,000 tons, including ships sunk by mines. The German Navy lost 178 U-boats in action. 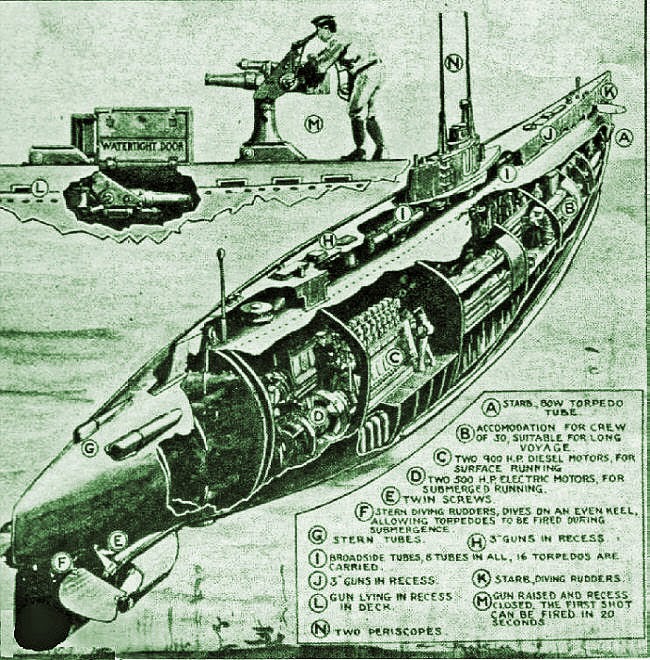 Even the 20th century's most notable futurist, however, had not anticipated the threat the submarine presented.

I must confess that my imagination refuses to see any sort of submarine doing anything but suffocating its crew and floundering at sea.
H. G. Wells, 1901