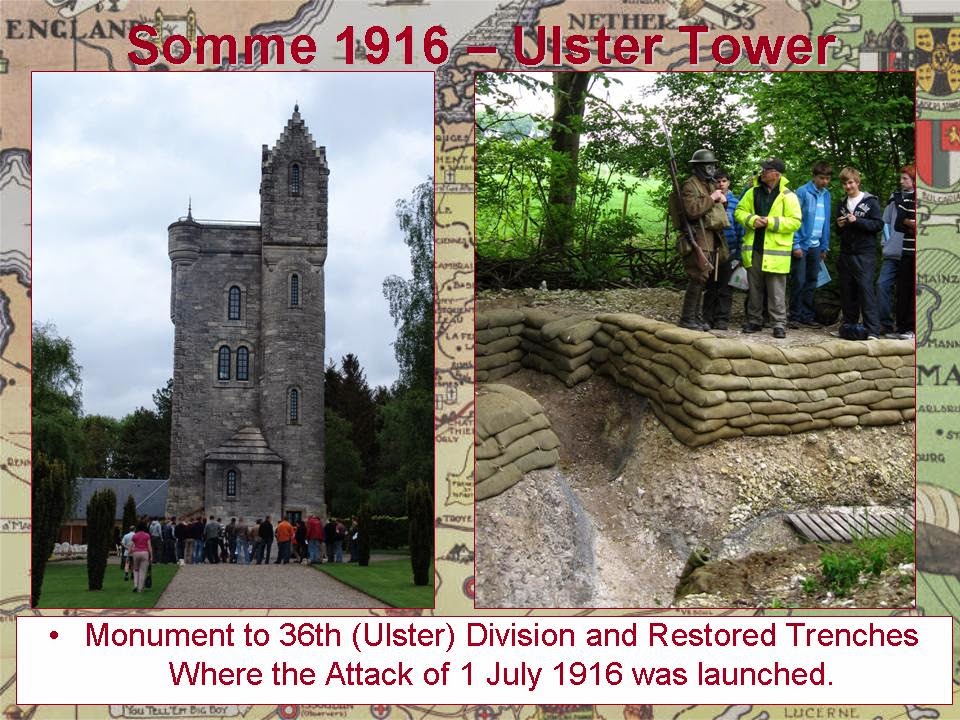 A memorial to the men of the 36th (Ulster) Division who on 1 July 1916 advanced farther than any other  division in this sector but then found themselves isolated on Thiepval Ridge. The memorial was officially opened on 19 November 1921 and is a very close copy of Helen's Tower, which stands in the grounds of the Clandeboye estate, near Bangor, County Down, in Northern Ireland. Many of the men of the Ulster Division trained on the estate before moving to England and then France early in 1916. Near the Ulster Tower are the remnants of a German strongpoint,  the Schwaben Redoubt, that held the ridge for nearly the entire Battle of the Somme. There is an ongoing effort to restore the trenches from where the initial attack was launched.