Did the U.S. Have Food Rationing in World War I? 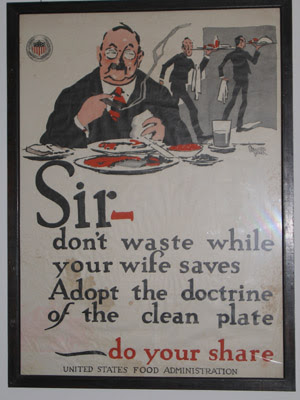 During World War I, a voluntary policy of food conservation was devised by the United States Food Administration, headed by Herbert Hoover. Food was necessary not only to feed America’s growing army, but to help relieve famine in Europe, in part to prevent the overthrow of European governments and the spread of communism. Hoover wrote: “Of course, the prime objective of the United States in undertaking the fight against famine in Europe is to save the lives of starving people.

“Food Will Win the War” was Hoover’s slogan. This was the moment when Hoover became a household name in America: To “Hooverize” entered the vocabulary as a synonym for economize. Rationing of foods such as sugar, meat, and flour were suggested, not mandated. "Meatless Mondays" and "Wheatless Wednesdays" were recommended. Americans were also encouraged to grow their own food and eat less to ensure a steady food supply.