The Face of France 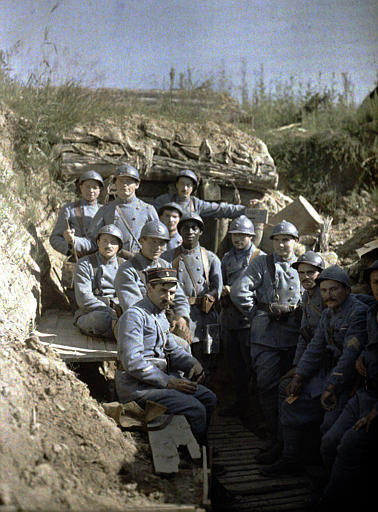 A great brow, almost graceful in design, an expression at once profound and child-like, a dimpled chin, a proud mustache, a bitter gaiety about the mouth I shall recollect you, face of France, even though it is only for the single second that I saw you, in the flare of a match.

The train that went from Chalons to Sainte Menehould, that autumn night, was on the way up again, with all lights extinguished. It was in 1916. The face of Champagne, calm just then, was sleeping at our left, the sleep of the craters, a sleep full of nightmares, sudden starts, and flashes of lightning. We cut through the darkness, making our way slowly through a wretched country which we could see was disfigured with the hideous raiment of war. The little train hobbled along,panting, slightly hesitant, like a blind man that knows his way.

I was coming back from a furlough. I was feeling ill and had stretched myself out on a bench. In front of me three officers were talking. Their voices were those of young men; their military experience was that of veterans. They were on their way to rejoin their regiment.

"That sector,"said one of them, "is calm just now."

"That's certain," said another. "We shan't have any trouble there until spring." 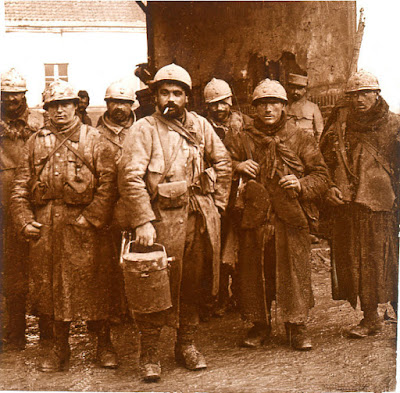 A sort of silence followed, torn by the clatter of the rails under the wheels. Presently a keen, youthful, laughing voice said, quite low:

"Oh! They'll be sure to get us into some sort of tomfoolery before spring."

Then, without transition, the man who had just spoken added:

"This will be the twelfth time that I've gone into action. But I'm always in luck: I have never been wounded but once."

These two phrases have remained in my ears ever since, because the man who uttered them struck a match and began to smoke. The flare gave me a fleeting glimpse of a charming face.

The man belonged to a famous corps. The insignia of the highest honors that can be granted to young officers glittered on his light-brown jacket. His whole presence radiated a sane and tranquil courage.

The night again took possession of the compartment.  But will there ever be a night black enough to rob me of the image glimpsed in that flash of light? Will there ever be a silence heavy enough to stifle the echo of those two little phrases murmured amid the humming of the train?

I have often thought of them since, whenever, as on this evening, filled with anguish and love, I have turned my mind, now to the past, now to the future of these Frenchmen, my brothers, who in such great numbers have accepted death without forgoing the expression of what their hearts contain, those Frenchmen of whose grandeur of soul, indomitable intelligence, and touching naiveté the world knows too little.

Could I help thinking of this now, at the consummation of the martyrdom of a wonderful people which in the midst of a night that has no shore seeks for nothing but the boon of order and self-preservation?

Introduction from Civilization, 1914–1917 by Georges Duhamel