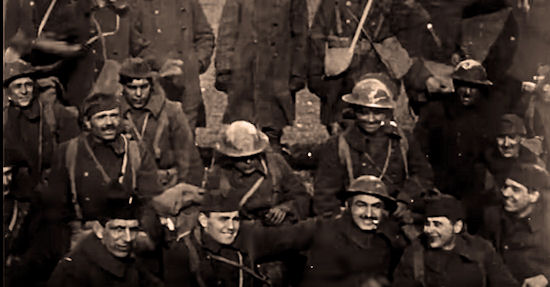 Readers of this blog  have glimpsed hints that I'm not a big fan of the recent PBS Great War six-hour series.  However, I have asked one of our reviewers to evaluate the series and I don't want to preempt his commentary.  If you are interested in my personal views these can be found at the June issue of the St. Mihiel Trip Wire.

Let me share with you one WWI documentary, though, that I know everyone can enjoy. On my recent battlefield tour of Flanders, my group visited the Flanders Field American Cemetery, which had just opened its new visitors center. The introductory film produced by the American Battle Monuments Commission for the center simply knocked the socks off of everyone. In ten minutes it covered the U.S. entry into the war, the raising and transport of a massive expeditionary force, the intensity and scope of the fighting, the specifics of the American efforts in Flanders, and then concluded with a tear-inducing essay on how the sacrifice of our fallen is remembered by the nation and the appreciative people of Belgium. Below are some stills from the film, but don't take my word on its quality and effectiveness. Watch it yourself on YouTube at this site: 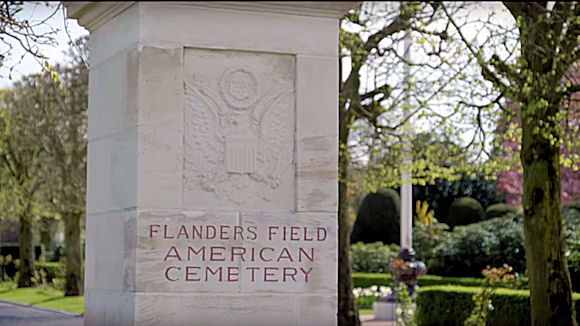