“It is impossible to fly across the Ancre in a westerly direction on account of strong enemy opposition. I must ask for this aerial barrage to be forced back, so that a reconnaissance may be carried out as far as the line Marieux-Puchevillers."

These were the instructions that reached Richthofen on 20 April 1918 from the commander of his group at Cappy, overlooking the River Somme. Richthofen knew that the matter was urgent but not so urgent as to compel his personal intervention. He did not intend to fly on Sunday, 21 April, because he trusted no one to deal with the "strong opposition," and he had so much business to do on the ground before he could leave with a clear conscience. 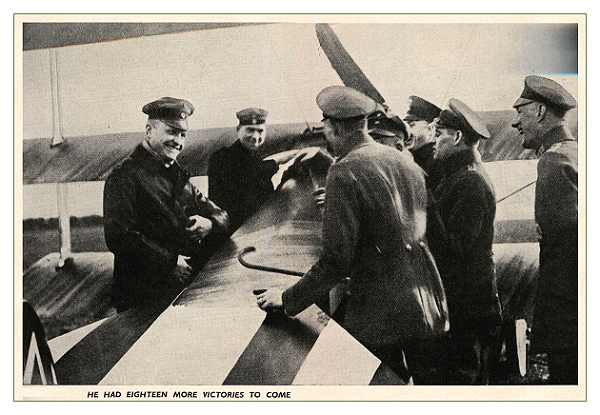 The sky was veiled in a thick haze which would prevent the German reconnaissance machines from fulfilling their mission, even if there were no Englishmen to stop them. It looked like a day of "airmen's weather," but Richthofen ordered his pilots to stand by in case it cleared. He sniffed the strong east wind that blew across the aerodrome, and it warned him that his machines would be heavily handicapped if they had to fight their way back.

But no English aircraft had been reported from the front, and the pilots of Jasta 11 were not worried about the east wind. Feeling in the best of spirits, they let off their superfluous energy in jovial horseplay. Then the east wind suddenly blew the mist away, and Richthofen saw English machines over the front. If the weather was good enough for the enemy to fly, it was good enough for his pilots. He gave orders to take off.

Then he thought of the east wind again. The job was going to be more difficult than he originally anticipated, and he felt that he ought to see it through himself. "Bring out my machine," he commanded on a sudden impulse. Then, just as he was buttoning up his overcoat, while one mechanic adjusted his helmet and another attended to his flying boots, one of the eternal pressmen came up with his camera to snap the champion of 80 victories making ready for his 81st.

A shiver ran through the two mechanics and the bystanders. In the superstitions of the German airmen a photograph taken before a flight foreboded the very worst of all bad luck. Many an ignorant cameraman had been prevented just in time from committing this ill-omened act; if he succeeded in getting the photograph, nothing would induce its involuntary subject to take the air on that occasion.

But Richthofen thought such fears childish, even though he had to recognize their effect on his subordinates. He determined to give them a lesson that day. He turned his head and deliberately faced the cameraman. 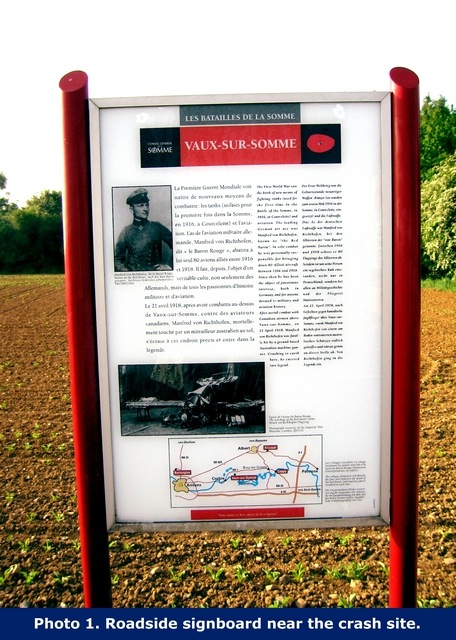 Afterward he saw a little dog playing at the entrance to a hangar. As he stooped to pat it, a sergeant came up with a postcard he had written to his son at home and asked him to sign it. Richthofen smiled at him. "Why are you in such a hurry?" he asked. "Don't you think I'll come back?" Then he signed the postcard with the preferred fountain pen.

He led a group of five into the air. With him were Wolff and Karjus, two good men, and Sergeant-Major Scholz, who was not so experienced. The fifth pilot was another Richthofen—a cousin who had just joined the Staffel and was under strict injunctions to keep out of dogfights. They took off at about 11:30 a.m.  The Red Baron headed west. Parallel to the Somme his destiny awaited him.