In brushing up for my forthcoming tour of Flanders 1917, I've learned a bit more about a newer monument that I've neglected on past visits, this Scottish monument on Frezenberg Ridge between Ypres and Passchendaele. 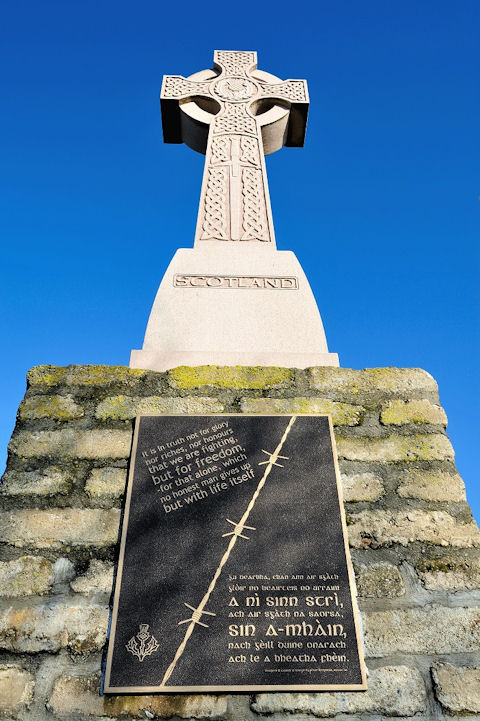 Between 31 July and 10 November 1917, all three Scottish Divisions were on the Western Front. The 9th and 15th Scottish Division and the 51st Highland Division were engaged in the Third Battle of Ypres—better known today as Passchendaele. In addition, many Highland and Lowland battalions served in mixed British divisions.

The Scottish Memorial in Flanders was dedicated in August 2007 to commemorate the soldiers of the 9th and 15th (Scottish) Divisions who died at the Battle of Passchendaele. It is located on the Frezenberg Ridge on the site of that battlefield close to the village of Zonnebeke. For the centenary of the battle, the organizers are extending the Memorial Park by creating larger-than-life steel silhouettes in the form of marching Scottish soldiers from Highland and Lowland regiments.