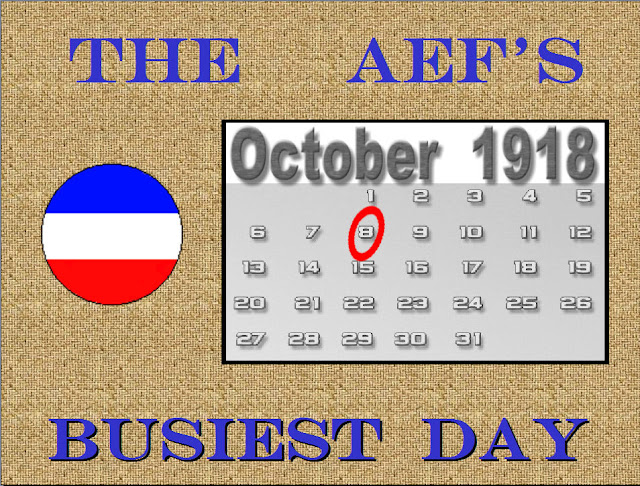 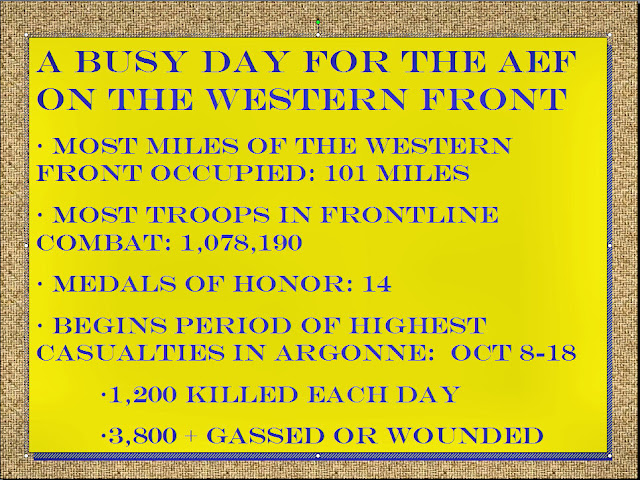 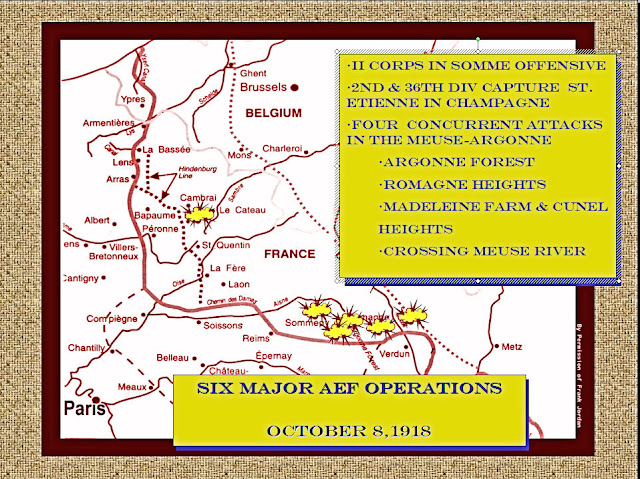 Besides the operational issues, some of the great legends of the AEF were created around this time: Sgt. York's Medal of Honor episode in the Argonne Forest  and the first Indian Code Talkers from the Choctaw Nation were involved in the fighting for St. Etienne 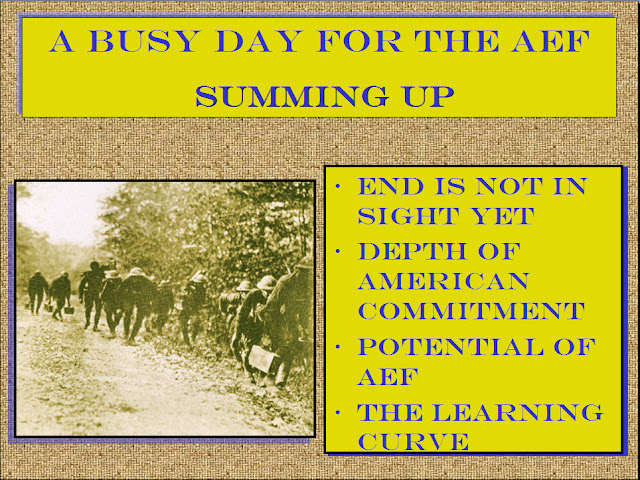 No member of the AEF fighting this day would have believed the war was a little over a month from its conclusion.