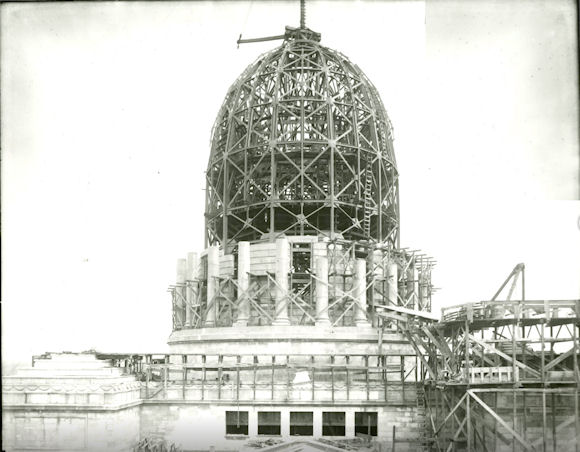 World War I had less impact on the state of Arkansas than did the Civil War or World War II. Still, World War I did deplete the young male population of the state for a time, brought new institutions into the state that continue to the present time, and gave many Arkansans a new view of the world and of Arkansas’s place in an increasingly connected world community. In the years leading up to the United States entering the First World War, Arkansas was an agrarian state slowly modernizing. The early 20th century found the state on the precipice of progress and industrialization. Cities and towns were growing, businesses were being established, and the state could see the promise of a bright future on the horizon. Nothing symbolized the state's rising economic power more than the new capitol building under construction in the center of Little Rock.  In 1910 a photographer snapped this image showing the skeleton of what would be the most recognizable part of the building. 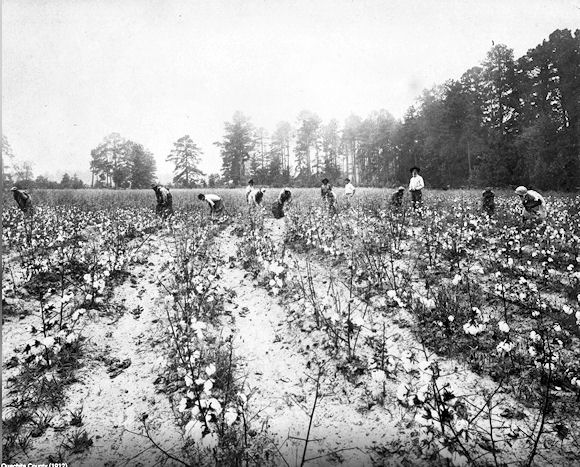 Farming continued to be Arkansas's main source of wealth, however. In 1908, there were 232,604 farms in the state. Almost half of those were worked by tenant farmers, who would lease a farm and work it in exchange for a share of the crop. Here, tenant farmers pick cotton on W.F. Tate's cotton farm near Camden, Arkansas.

While agriculture remained Arkansas's main source of revenue, manufacturing increased over the first decade of the 20th century. The 1910 census recorded Arkansas manufactured products valued at $39,888,000 in 1899. The year before, manufactured goods in Arkansas soared in value to $74,916,000. Most manufacturing took place in the timber industry as lumber mills churned out furniture and building materials. Of Arkansas's 2,925 manufacturing establishments in 1909, 1,607 were involved in the timber industry. As the second decade of the 20th century opened, Arkansas had emerged as a strong New South state: Progressive, Democratic, and with rapid economic growth.

While many Arkansans suffered the hardships of wartime rationing, others enjoyed an economic boom. The war brought increased demand for coal and other minerals, leading to an increase in mining activity in Arkansas. The need for aluminum led to an upturn in bauxite production.

On 1 July 1917 Governor Brough issued a proclamation declaring the creation of the Women's Council of Defense, an organization designed to encourage women to get involved in the war effort.  Women proved up to the task before them.  In a single month, 70,000 women signed up to do war-related work. State chairman for the Arkansas Council of Defense Lloyd England wrote, "[The Women's Council of Defense] shows how volunteer workers rendered a service that could not be purchased - it reveals the benefits that are to come to the State from the active participation  in public affairs by women who have had the courage of proposing the adoption of the ideals and the practical ability of accomplishing them." In the same way that men throughout the country mobilized to fight in Europe, members of the council pledged to mobilize women to do war work at home.

Camp Pike, situated eight miles northwest of Little Rock, AK, housed the National Army forces drawn from Arkansas, Louisiana, Mississippi, and western Alabama. Here an up-to-date military city of 42,000 capacity had to be built virtually in the midst of a wilderness.  It was the training base for the 87th "Acorn" Division of the AEF. 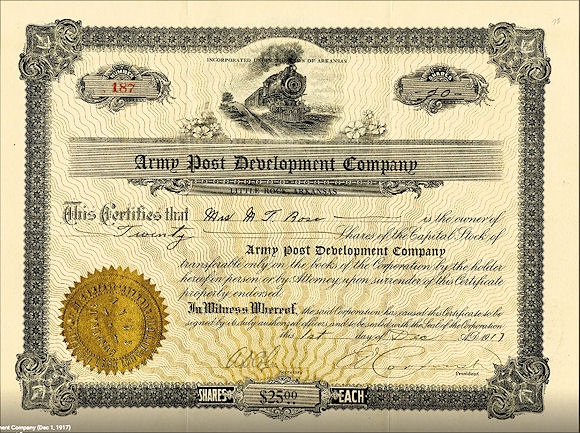 Little Rock's Board of Commerce was influential in Camp Pike's establishment. The board met in May 1917 to discuss ways to attract an army post to central Arkansas. Their main concern was having enough money to purchase land and equipment for a proposed camp. Board members established the Army Post Development Company, which issued $25 shares to investors. Within weeks, the company had raised $233,000. 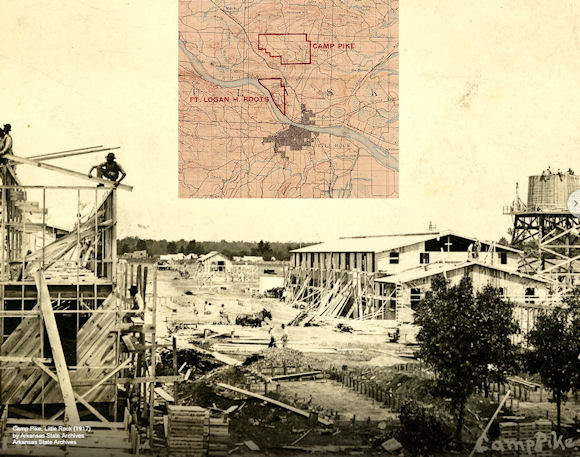 Ground was broken for the camp on 9 July. The site was almost entirely covered with second-growth timber, the nearest railroad was five miles away, and supplies had to be brought by truck from Little Rock over hilly highways. A vast deal of rock was encountered in ditching for water and sewer pipes—nearly 75 per cent of the total excavations, in fact. 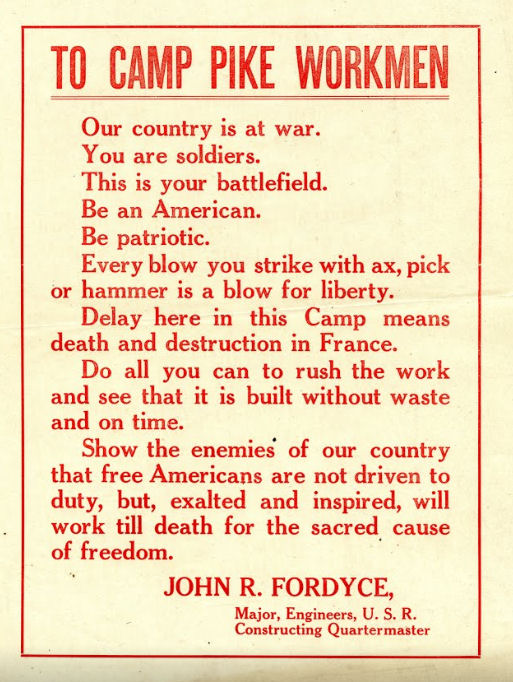 Labor was scarce, as Camp Funston, Kansas, had an earlier start and had secured most of the available supply. But the contractors ranged far and wide, even into the Mexican states of Chihuahua and San Luis Potosi, with the result that all handicaps were overcome. This camp has little level ground, resembling Camp Ayer and Camp Gordon in that respect, and many heavy grades in the road system resulted. The 75 hospital buildings cover 47 acres of ground.

For some recruits, barracks life was a surprise. Benjamin Franklin Clark, a schoolteacher from Enders, Arkansas, wrote to his friend, Flora Hamilton, and described a typical day at Camp Pike, saying, "We have to get up at 6:00 a.m. get in full uniform and line up for "Reveille" (roll call) at 6:18. And we have to hustle around for we have so much lacing to do. We have breakfast at 6:30, dinner at 12:30 and supper at 5:20. We stand for retreat at 6:00 p.m. after which we can do as we please. Our lights in the barracks go out at 9:00 but we may be out until eleven." 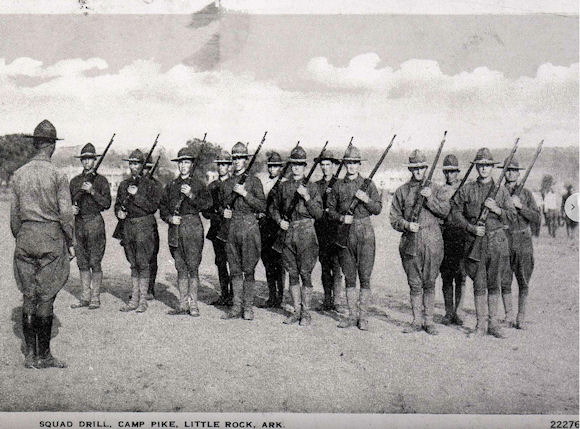