100 Years Ago: One of the Great Wars Most Iconic Photographs Was Taken 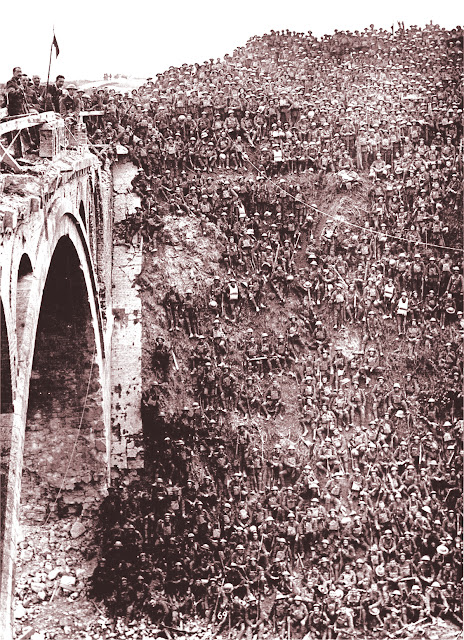 The bridge in the photo above still stands across the St. Quentin Canal, just south of the village of Riqueval where the canal emerges from one of its tunneled sections. The episode it captures is of a congratulatory address on 2 October 1918 to the entire assembled 137th Infantry Brigade of the British 46th Division by its commander, Brigadier General J.V. Campbell, VC—a Coldstream Guardsman, who earned the Victoria Cross at Ginchy as a Lt. Colonel, and eventually earned his star. Campbell's brigade had made a spectacular forcing of the canal, which included the intact capture of the Riqueval Bridge, on 29 September. The battle that the 46th Division fought was part of a greater operation, the capture of the of both the tunnel and surface course of the St. Quentin Canal (in this region, one and the same as the Hindenburg defensive line of the German Army) by the British Fourth Army.