On 1 July 1916, a largely volunteer British army attacked a well-trained and well-entrenched German force. It was the blackest day in British military history. By its end, more casualties had been suffered than any day before or since—a shocking 30,000 in the first hour, and another 28,000 by nightfall. The simple phrase “First Day on the Somme” has come to symbolize the horrors of the First World War.
John Boileau, Legion magazine, 1 July 2011
Click on Image to Expand 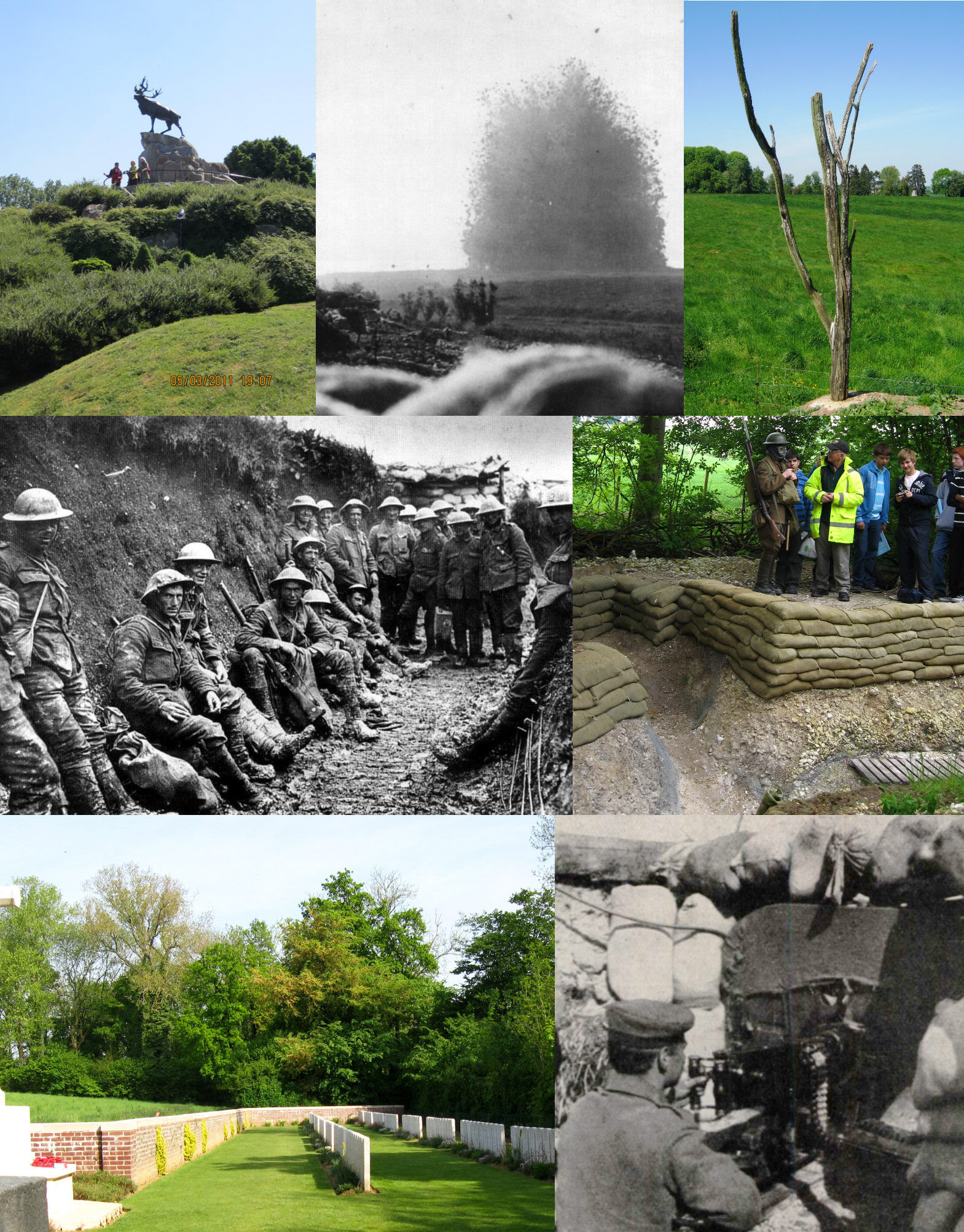 The tragedy of the First Day on the Somme has gathered symbolic, even mythological significance, that almost leaves all discussion of the facts of the day inadequate to its importance. We have chosen to show a montage of then and now images that, we hope, collectively helps the reader understand the meaning of 1 July 1916 close to a century later.

Top Row: Three scenes from around Newfoundland Memorial Park. The Caribou statue surveying the trenches symbolizes the Newfoundland Regiment that went over the top here in the second wave on 1 July and suffered almost 90 percent casualties in minutes. Earlier and close by was the explosion of Hawthorne mine crater under German lines. Blown before the signal to attack, it warned German troops in deep bunkers that the assault was imminent. A replica of the "Danger Tree" stands in the old battlefield's No-Man's-Land. It was part of a group of trees that provided the only apparent cover in the area. Soldiers crawled toward them, but they were still easy targets.

Middle Row: A pensive-looking group of Irish soldiers from the 8th Division during a lull (for them) on 1 July. School children visiting the restored trenches of Thiepval Wood from which the 36th "Ulster" Division advanced that day in an attempt to capture the Schwaben Redoubt. They advanced impressively but then found themselves isolated and vulnerable on the ridge.

Bottom Row: The Devonshire Trench Cemetery near Fricourt holds the remains of the men who left their trench on that very location and were machine gunned down just in front of it. At its entrance is posted the inscription "The Devonshire Held This Trench; The Devonshires Hold It Still." The last image is of a typical German machine gun emplacement, the type of which inflicted the majority of the casualties of the First Day on the Somme.