A Notable Weapon of the Great War
The Lewis Gun

An American design, originally turned down by the American Army, the Lewis gun was one of the most successful light machine guns of the war. Gas-operated and fed by a pan-shaped magazine holding 47 or 97 rounds, the weapon could fire .303-inch rounds at a rate of 450-500 per minute. Its sole handicaps were its complicated firing mechanism and 25-pound weight. As suggested in the graphic below, it was also used extensively in the air war. Over 50,000 Lewis guns were manufactured for use in World War I.  The weapon was also used extensively by British Commonwealth forces in the Second World War.

The illustration below—from Tony Langley's collection—also includes a drawing of the French Hotchkiss machine gun used by American forces when they entered the war. 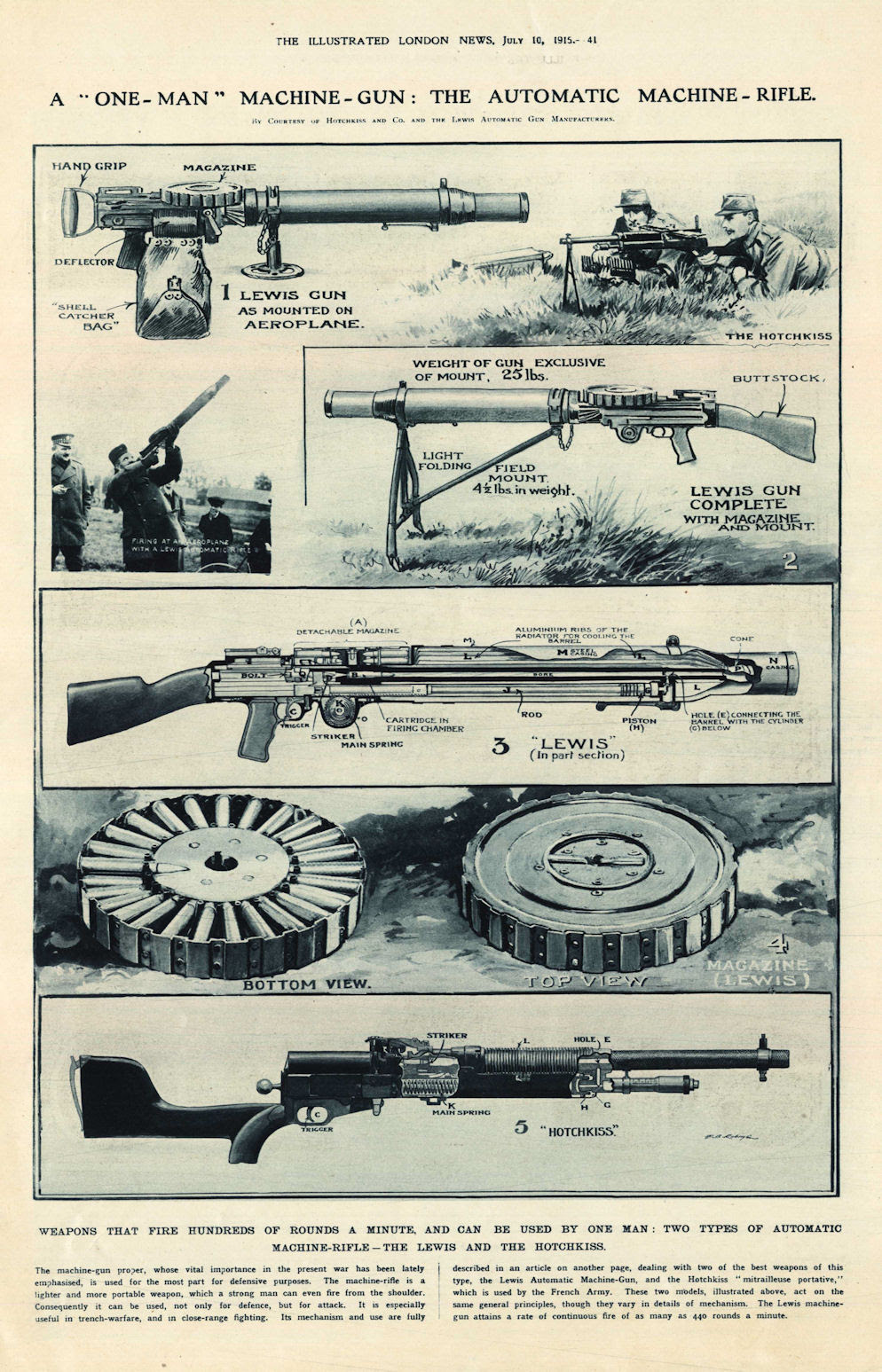