28 July 1914: One Month After the Asssassination —
Hostilities Begin

The immediate cause of the First World War was the series of diplomatic maneuvers, ultimatums and blunders known as the July Crisis of 1914.  By 28 July 1914, one month after the archduke's assassination, the Great War had not yet taken its full shape, but leaders of Europe were beginning to appreciate that general war might be unavoidable. July 28th in hindsight may have been the day when the disaster became inevitable.

Austria-Hungary made its punitive declaration of war against Serbia on 28 July and almost immediately bombarded Belgrade from the Danube. Its leadership still naively hoping that its ally Germany would deter Russian involvement while it dealt with the Serbs. In Britain, First Lord of the Admiralty Winston Churchill ordered the Royal Navy to its war stations. France, however, was distracted by the verdict delivered in the trial for the murder of newspaper editor Gaston Calmette.  The accused, Henriette Caillaux, wife of radical politician and minister of finance Joseph Caillaux, was surprisingly acquitted. She never denied firing the fatal shots, but her lawyer successfully used a "crime of passion" defense. The most fateful  event of the day may have been the three-way diplomatic discussions going on among Austria-Hungary, Russia, and Germany. Two notable messages of that day shed some light on what was going on out of the public's view. 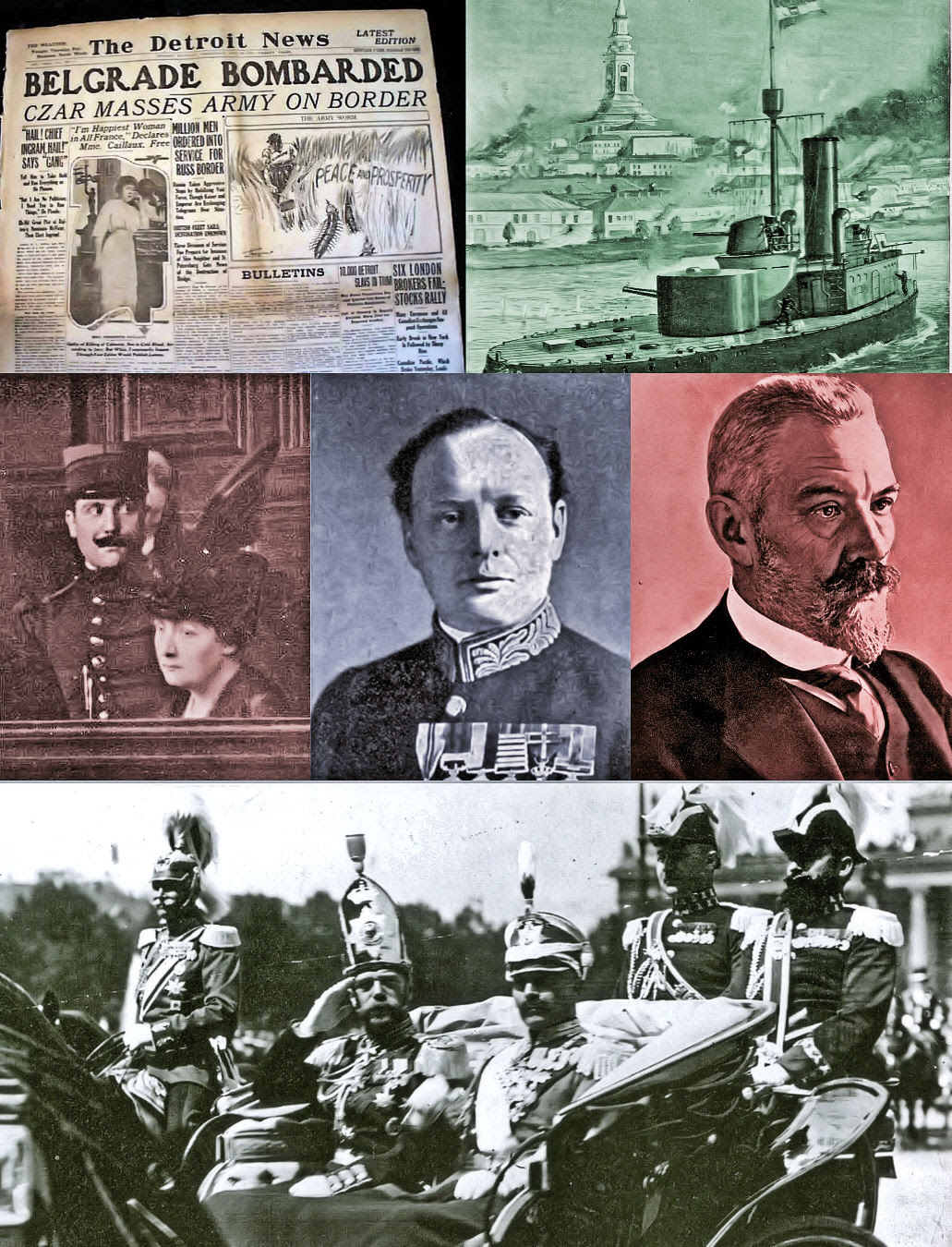 Kaiser Wilhelm was sending a conciliatory message to his cousin, Tsar Nicholas — one of the famous Nicky-Willy telegrams:

It is with the gravest concern that I hear of the impression which the action of Austria against Serbia is creating in your country. . . .The unscrupulous agitation that has been going on in Serbia for years has resulted in the outrageous crime, to which Archduke Francis Ferdinand fell a victim. The spirit that led Serbians to murder their own king and his wife still dominates the country. . . .You will doubtless agree with me that we both, you and me, have a common interest as well as all Sovereigns to insist that all the persons morally responsible for the dastardly murder should receive their deserved punishment. In this case politics plays no part at all. . . .On the other hand, I fully understand how difficult it is for you and your Government to face the drift of your public opinion. Therefore, with regard to the hearty and tender friendship which binds us both from long ago with firm ties, I am exerting my utmost influence to induce the Austrians to deal straightly to arrive to a satisfactory understanding with you. I confidently hope that you will help me in my efforts to smooth over difficulties that may still arise.

Your very sincere and devoted friend and cousin,

Meanwhile, his government was playing a different set of cards:

Telegram from the Imperial Chancellor, von Bethmann-Hollweg, to the German Ambassador at Vienna, Tschirschky, July 28, 1914:

Your Excellency will kindly discuss the matter along these lines thoroughly and impressively with Count Berchtold, and instigate an appropriate move at St. Petersburg. You will have to avoid very carefully giving rise to the impression that we wish to hold Austria back. The case is solely one of finding a way to realize Austria's desired aim, that of cutting the vital cord of the Greater-Serbia propaganda without at the same time bringing on a world war, and, if the latter cannot be avoided in the end, of improving the conditions under which we shall have to wage it, insofar as is possible.