Bulgaria's Role in the War 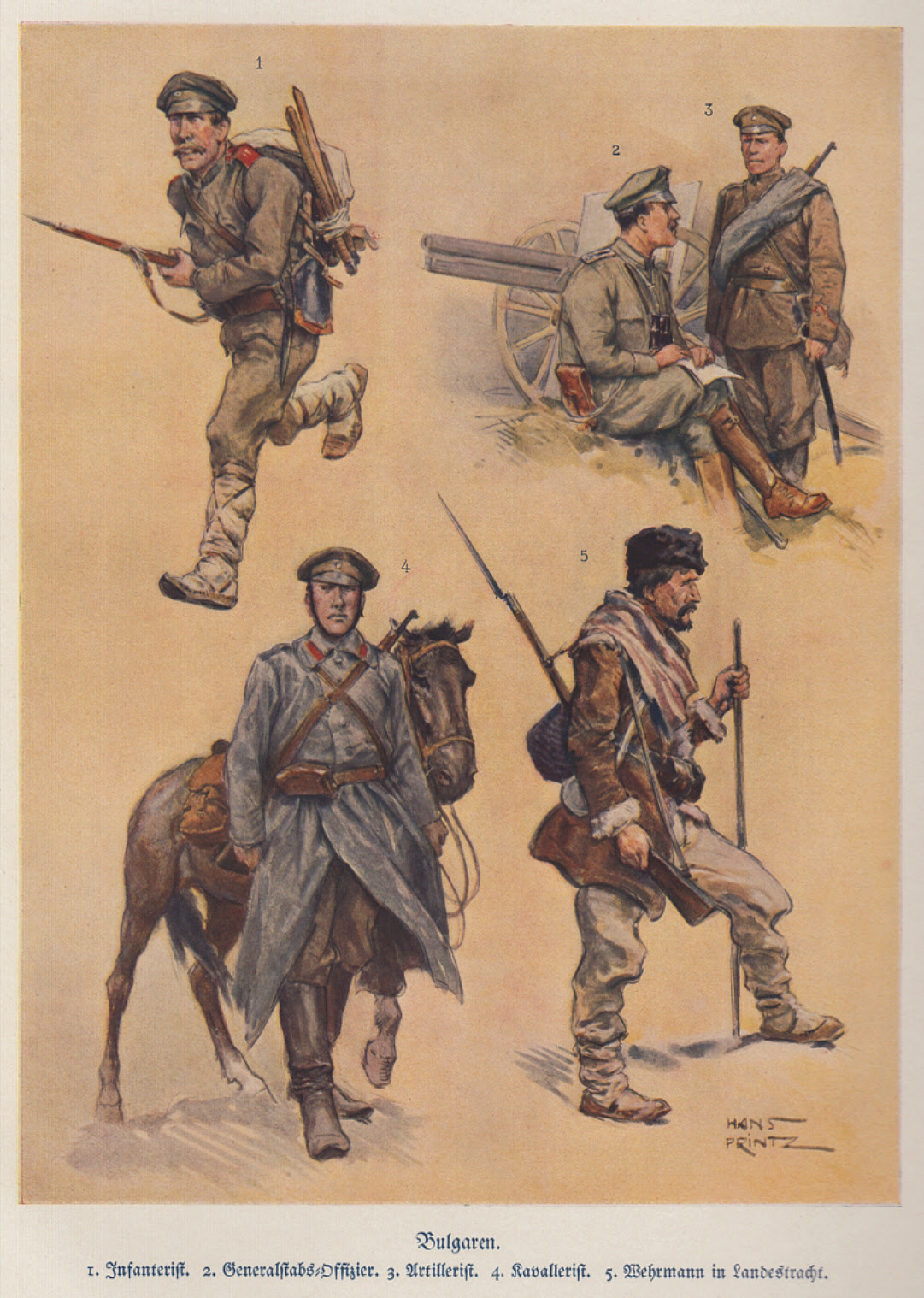 Bulgarian Soldiers of the Great War
From Top: Infantryman, Artillery General and Gunner, Cavalryman, and Irregular

Slavic, Orthodox Bulgaria played a role in World War I completely out of proportion to its size. Overlooking their historic hatred of the Turk and past allegiance to Slavic Russia, they entered the Great War in 1915 on the side of the Central Powers with the single objective of reversing the territorial settlements of the 1912–13 Balkan Wars. A nation of less than five million, Bulgaria mobilized an army of 1.2 million soldiers. These troops helped force the Serbian Army to abandon their own country, drove the French and British expeditionary forces back to the Salonika perimeter, participated in the defeat of Rumania, and, for the last year of the war, were the principal sentinels at the Balkan "back door" into central Europe. But playing a major role in a world war proved exhausting for the small country. By the spring of 1918 food shortages become severe at home and Bulgarian troops had to subsist on a barley bread with straw filler. On 29 September 1918, after their forces collapsed under pressure on the Salonika Front, Bulgaria became the first Central Power to sign an armistice. In three years of war the Bulgarian forces lost a quarter of a million men killed, wounded, or captured.