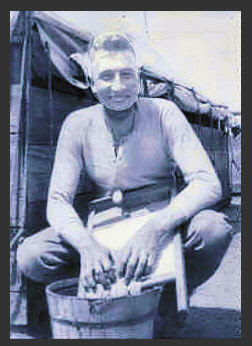 Imagine a typical World War I action movie that starts out as usual with the boys going through boot camp under a tough old sergeant before heading overseas to meet their fates on the battlefields.  About about a third of the way through the film, the drill instructor comes into the barracks and says, "Pack up men, we're heading overseas."  Then one of the new soldiers asks, "When are we getting to France, Sarge?"  In one authentic version of this movie (yet to be made) the old NCO turns to the young trooper and says, "Son, we ain't going to France; we're going to Siberia." 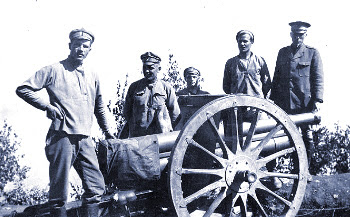 Members of the Czech Legion in Siberia

Something like this actually happened to some American soldiers in the Great War.  One of those Doughboys was a draftee from Freeport, Illinois, named Harry Hoyman (1892-1989).  Harry was training with the 8th Infantry of the new 8th Division at Camp Fremont, California, when his orders came down.  For reasons that are still unfathomable today, President Wilson authorized U.S. soldiers be sent to northern Russia and Siberia when the post-revolution civil war was being waged there.  Apparently, it had something to do with Czech Legionnaires, guarding the Trans-Siberian Railroad, or keeping an eye on what the Japanese Army was up to.  Harry and his mates in the Siberian Expeditionary Force never quite understood, and it has gotten much cloudier in concept after nearly a century.  We won't pursue the matter here. 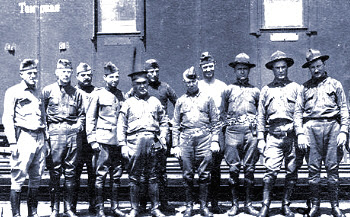 Nonetheless, the Americans in Siberia faced similar dangers, survived comparable adventures, and dealt with the same tedium as those on the Western Front.  Plus, they were a lot colder. Harry Hoyman was a little older and more experienced than his mates, and grasped that he gotten himself involved in a unique venture.  He photographed and recorded the mission to Siberia and eventually self-published his material in 1972 in what was, for a time, a forgotten manuscript titled My Year in Siberia.  Luckily for us, a member of the Great War Society—from the same county as Harry, Stephenson County, Illinois—Alice Horner is a dedicated genealogist. She took on the mission to ensure that the county's men who had served in the war were not to be forgotten.  Alice brought Harry's service and memoir to our attention several years ago and we have made selections from Harry's volume available online at:


After the war, Harry returned to Freeport. He worked during his career as an accountant with the Ford Motor Company and as an office manager for the Schacht-Tuck Company.  He also regularly attended reunions with his fellow Siberia veterans and relived the great adventure of his life. 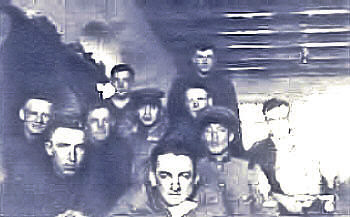