The Somme 1916
After the First Day

But the Battle of the Somme did not ended after the bloodletting of 1 July. It would go on for four and a half more months—the attritional tactics as draining on the German Army as the British—becoming one of the defining events of the 20th century.

As one German soldier described it:

The tragedy of the Somme battle was that the best soldiers, the stoutest-hearted men were lost; their numbers were replaceable, their spiritual worth could never be.

The BBC has produced an excellent dynamic map to show how the whole campaign unfolded. As you will see, the fairly simple-to-follow direct attack of the first day quickly fragmented into a complex of battles within battles. 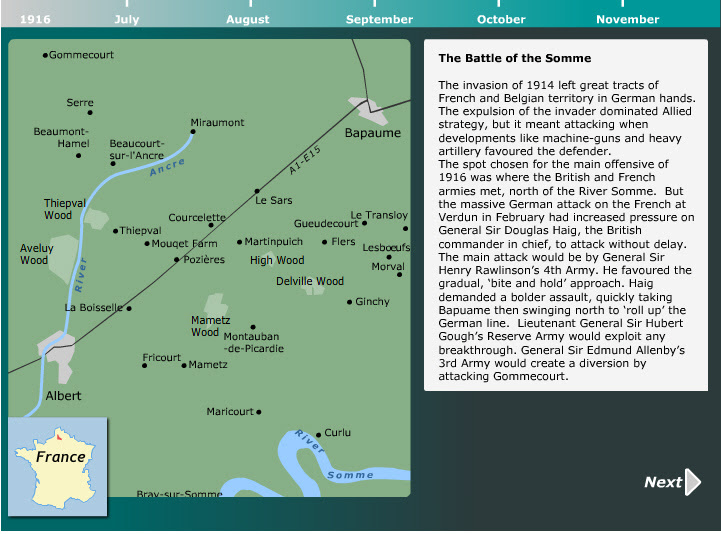