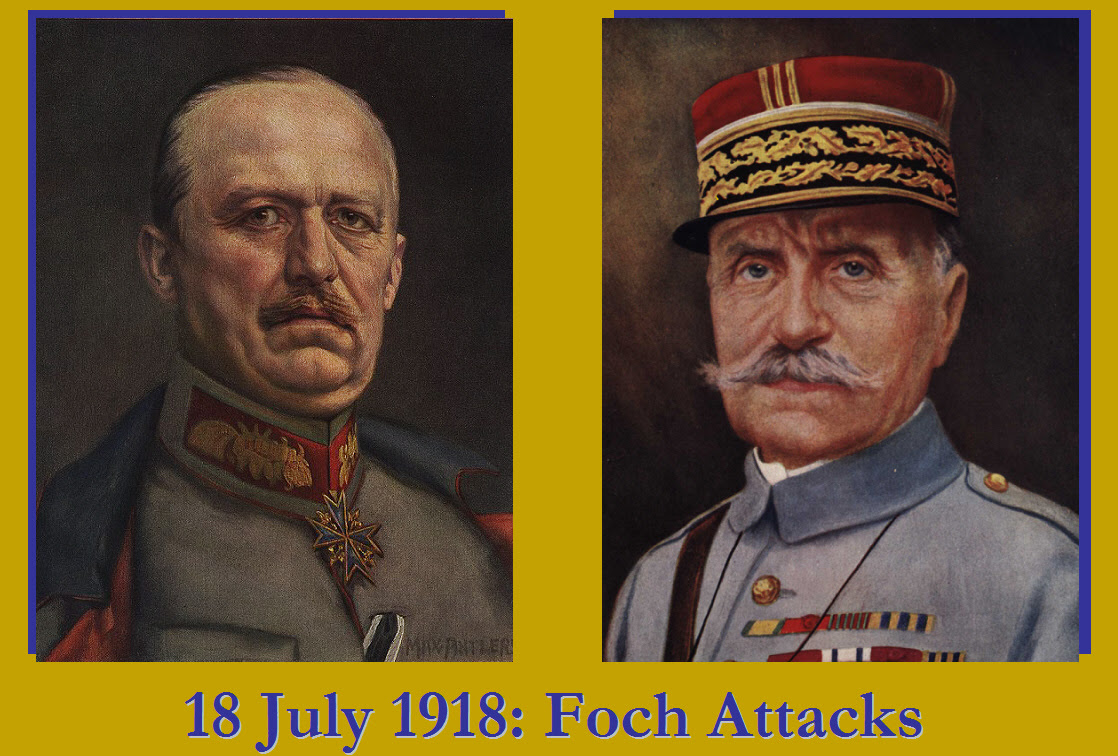 On 15 July Erich von Ludendorff's fifth offensive of the year floundered at the Marne River. He had called the operation off within two days because what he really had his heart set on was defeating the British Army in Flanders. It was his last chance at achieving his objective of defeating one of Germany's two original main opponents in the west before a third newcomer, the United States, could be a decisive force.

To this end, he convened a planning meeting on the morning of 18 July at Tournai for discussing his next offensive, Operation Hagen, to be directed against the British Army in the north. Ludendorff opened the conference by dismissing any possibility of a counteroffensive against  the large salient his forces were occupying between the Aisne and Marne Rivers. Almost as soon as he made the statement, reports started arriving that the Allies were launching a major assault on that salient. The meeting was adjourned, the salient was reinforced using forces reserved for Hagen, and on 20 July the new operation was cancelled. The Second Battle of the Marne was underway and had Ludendorff's full attention. There would not be another German offensive in the Great War.

The Allies—now coordinated by Ferdinand Foch—had seized the initiative and would never relinquish it. Foch had studied the German operations earlier in the year and had not only anticipated the attack of 15 July, he had put American and French forces in the perfect position to launch an assault which could threaten the capture of an entire army of the now spent enemy. Foch proved to be the perfect opponent, a nemesis, for Ludendorff's and the German General Staff's approach to war. Ludendorff had fostered a theoretical and inflexible approach, out of touch with the realities of the battlefield and the capabilities of the enemy, during his 1918 offensives. Foch, on the other hand, proved adept at deciphering what his opponent was up to, better able to judge the capabilities of the men under his command, and at keeping focused on the strategic and political goals of military operations. Foch in 1918 proved more of a practitioner of Carl von Clausewitz than did the countryman of the great military philosopher. He was the greatest general of 1918—the man of the hour, or rather, the man of the year.