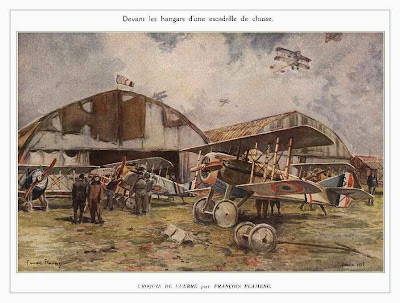 François Flameng (along with Georges Scott) was one the most renowned illustrators of the Great War in France. He was a talented and respected artist in his own right for many years before the war and was a historical painter as well as a modern portraitist and decorator of public buildings. He was professor at the Academy of Fine Arts and honorary president of the (French) Society of Military Painters, as well as an officially accredited artist to the war ministry.  Aviation was one area that particularly drew his attention. Here are four examples from the collection of contributing editor Tony Langley. 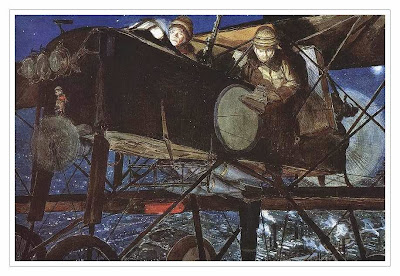 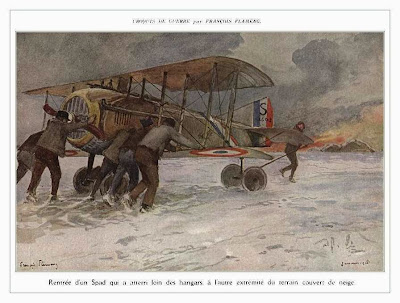 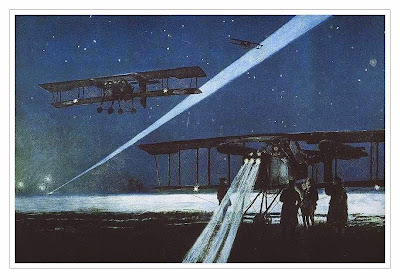