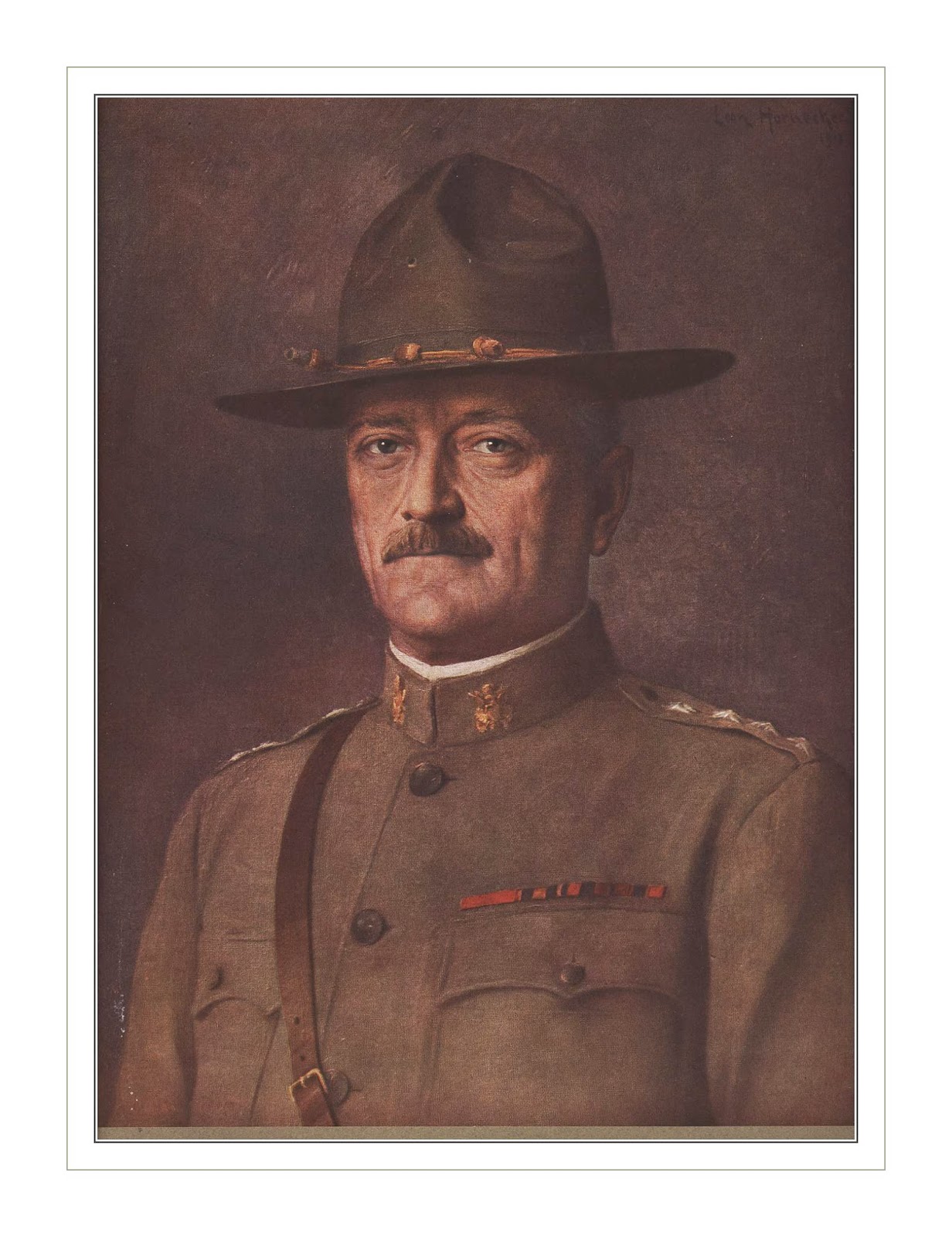 On the Last Day of Marshal Joffre's visit to Washington, Secretary of War Baker introduced him to Major General John J. Pershing, the recent commander of the Punitive Expedition in Mexico. Baker and Wilson, having agreed to send a small force to France immediately, had selected Pershing to head it. As the Secretary sketched a rundown of Pershing's distinguished career, Joffre caught the names New Mexico, Dakota, Cuba, and the Mexican frontier.  Commenting that Pershing was a "fine-looking soldier," the elderly Frenchman predicted that Pershing would soon be commanding millions of men. ''Please tell him," Joffre said, "that he can always count on me for anything in my power."

In making this introduction, Baker did not convey the amount of soul-searching that had gone into the selection. It was one of the most important decisions that Baker and President Wilson would ever make, as the officer selected would have to be capable of carrying tremendous responsibility on his own. Secretary Baker could not look over the shoulder of the man sent to command in Europe.

Pershing had not always been Baker's first choice. In early 1917 the most prestigious field officer in the United States Army was Major General Frederick Funston, commanding the Southern Department at San Antonio, Texas. A Medal of Honor recipient and seventeen years a general officer, Funston was expected to lead any force the United States would put into the field.

It was not to be. The command picture changed drastically during the evening of February 19, 1917. Army duty officers Brigadier General Peyton March and Major Douglas MacArthur received a message disclosing that General Funston had died of a massive heart attack that evening while dining out at a local hotel in San Antonio. MacArthur, the junior of the pair, was detailed to deliver the message to Secretary of War Baker who was with the President at a dinner party.

Wilson and Baker, though somewhat shaken, took the news in stride. As MacArthur waited for instructions, they beckoned for him to follow as they went into an adjacent room. First the President dictated a message of sympathy to Mrs. Funston. Then turning to Baker, he asked, ''What now, Newton, who will take the Army over?'' Baker, perhaps stalling for time, turned to MacArthur, "Whom do you think the Army would choose, Major?"

''I cannot, of course, speak for the Army, but for myself the choice would unquestionably be General Pershing."