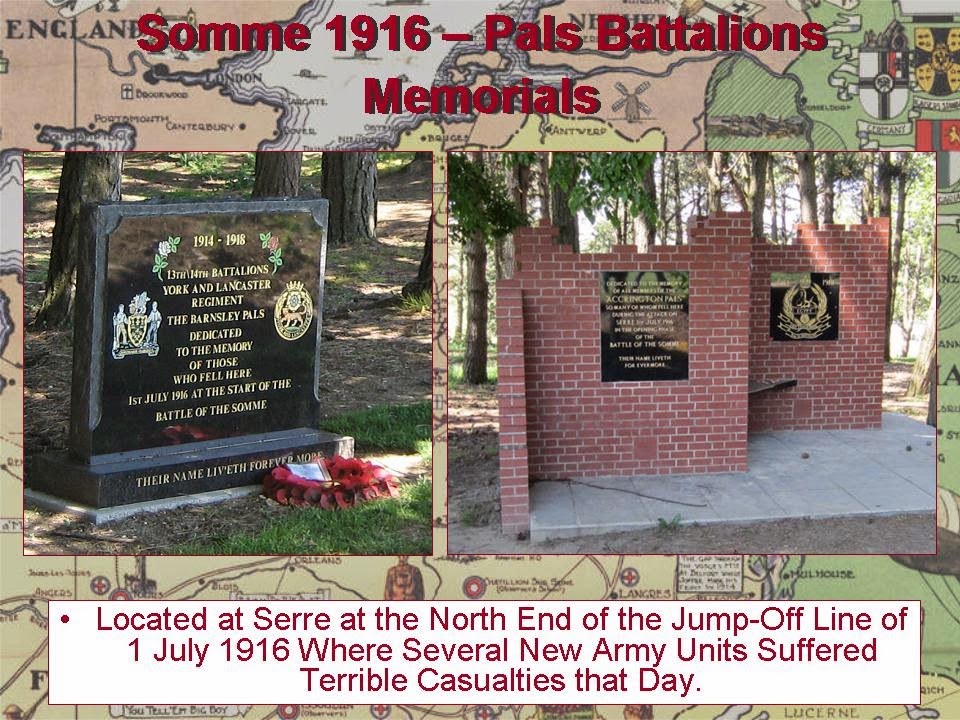 During the Great War there were 404 service battalions and 153 reserve battalions formed in the New Army. Fifty-nine of these battalions are considered "Pals". To be included as one of these the unit should meet these criteria: (1) be affinity-based, at least at the time of formation, (2) be formed within the New Army, and (3) not continue in existence after 1919. As will be explained, there were units that met some but not all of these points. Many had their baptism of fire on 1 July 1916 and a number suffered heavy casualties. For instance, the Accrington Pals that attacked at Serre lost 584 were killed, wounded or missing of 720 men, who went over the top that day.

Thanks to regular contributor Jim Patton for these details.