Last Sunday, I spent a couple of hours looking over the Library of Congress collection of American posters from World War I. I was struck by the standardized motif in recruiting posters for showing the type of combat the new soldier could expect when he got to France. Naturally such posters wouldn't want to be too realistic, but the uniformity of the depictions is what struck me:  mass, densely packed charges behind waving flags with no incoming fire from the enemy — an irresistible, and, apparently, unopposed force. One poor German soldier showed up (2nd image from bottom), but he appears to be totally defenseless, a lamb awaiting his slaughter. Note also that the top and bottom are the same composition, but in two-tone and full-color versions.

Only one poster in the collection really captured the essential bottom line of combat. It was produced for fund raising rather than for recruiting men to the ranks. Here it is without comment. 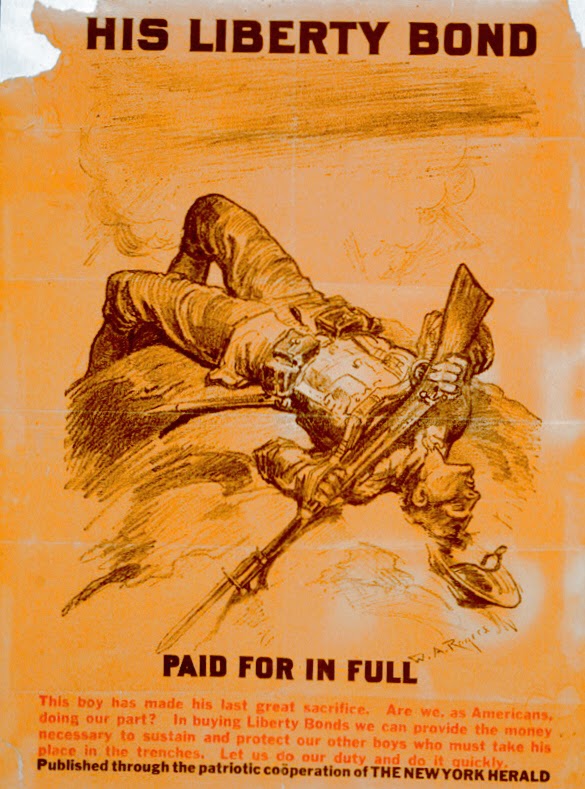