Compiled from his students' writings over the years by University of California at Santa Barbara history professor Alfred Lindemann. His supplementary comments are in parentheses. 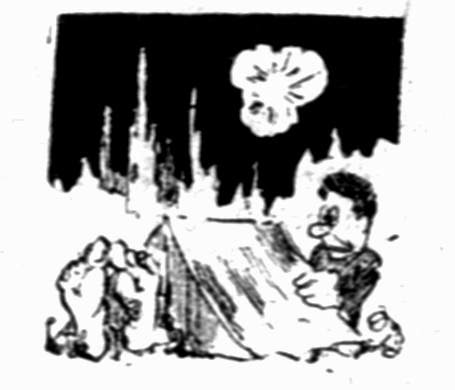 World War I turned many into passivists. [They just stayed in their trenches and played cards.]

When war reached the Italian boarders, the Italian socialists revealed their true position. [The sanctity of the pensione was being violated!]

By reading the diaries of the soldiers at the front, it made me more able to emphasize with them. [One, two, three, column left!]

President Wilson arrived in Paris with fourteen pointers. [There was such a scene when they met up with the Alsatians and Dalmatians.]

After Lenin's death, Stalin spread his testacles over Russia. [And I thought Rasputin had kinky tastes!]