The Army Children Archive (TACA) collects, preserves, and shares online information about the history of British Army children and the challenges and peculiarities of growing up as the child of a regular soldier in the British Army, from the 17th century to today. Because the wartime experiences of the children of volunteer and conscript soldiers essentially mirrored those of the children of regular soldiers from 1914 to 1918, TACA is in a unique position to provide a deeper understanding of what they went through.

The Great War was a time when many British youngsters became "temporary" Army children upon their normally civilian fathers becoming soldiers, some having joined the British Army because they volunteered, and others (from 1916) because they were conscripted into it.

Here a few postcards from the Archive's WWI Nostalgia collection. 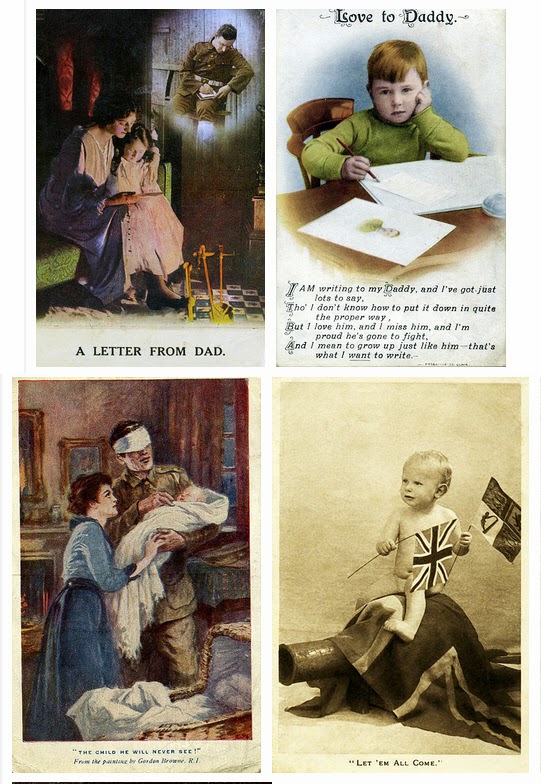 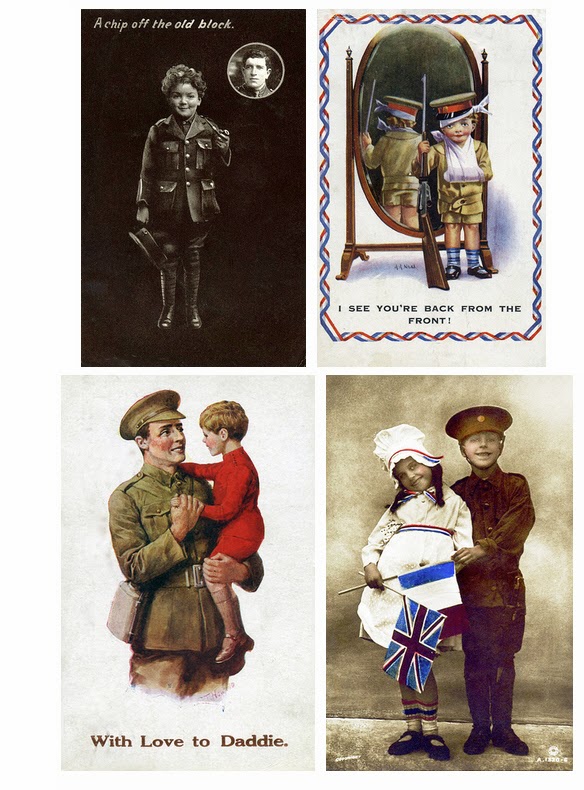 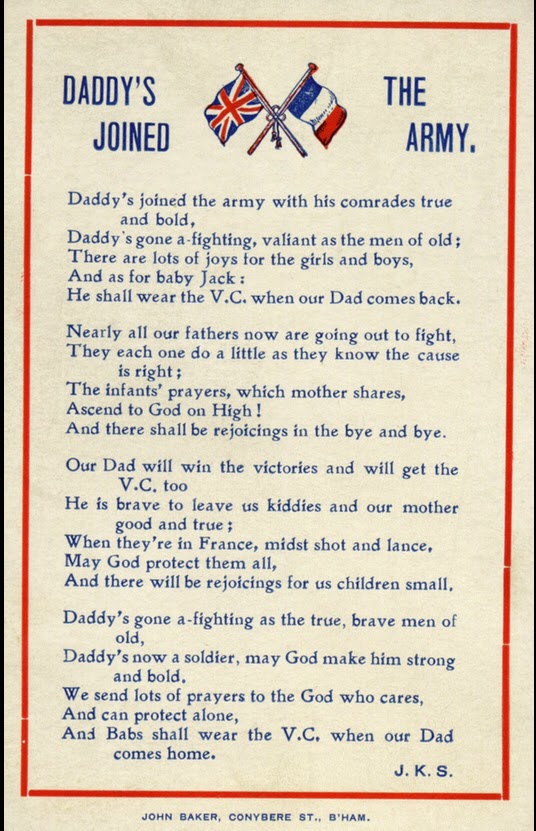 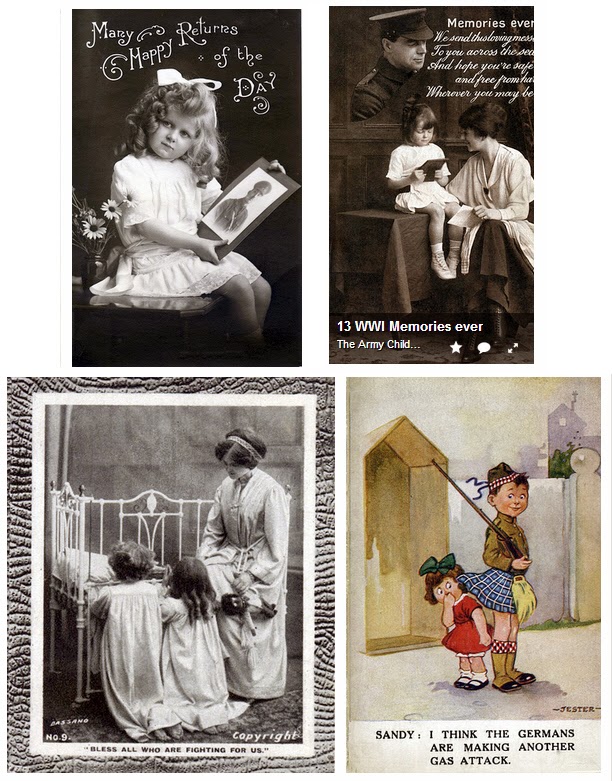