We Are Making a New World 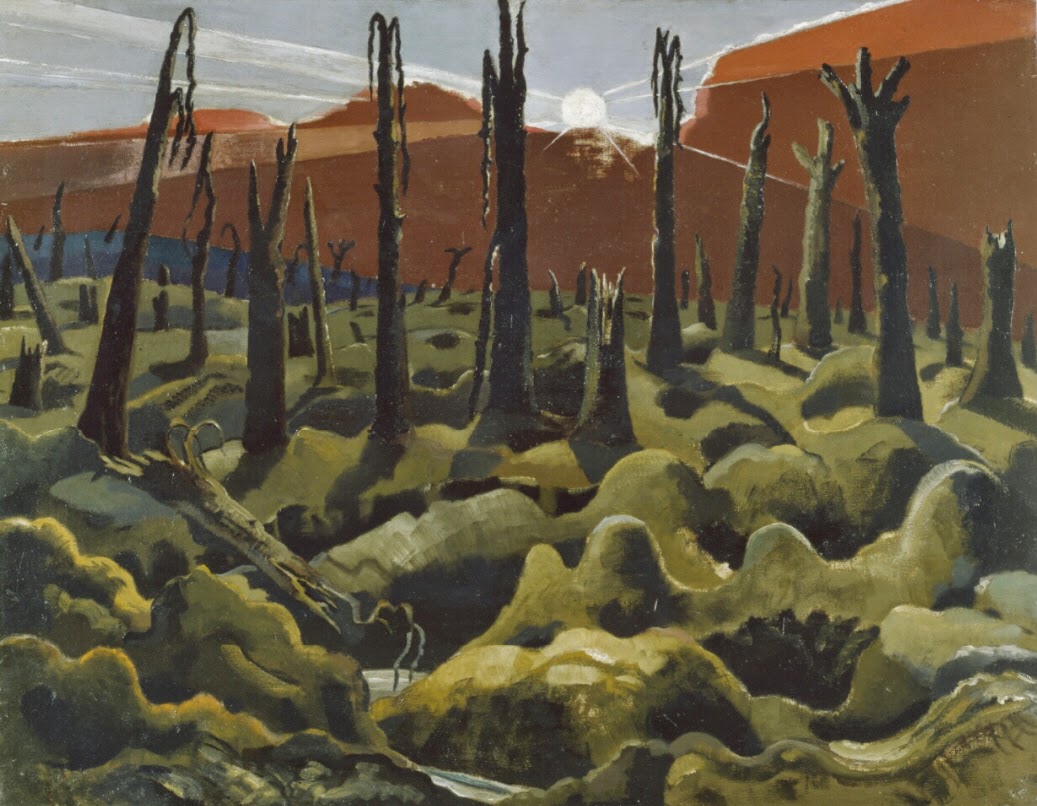 I found this interesting comment on Paul Nash's famous battlefield painting at the website of the American Historical Association.

In 1918, the English landscape painter and combat veteran Paul Nash unveiled a canvas depicting a pale sun rising above the lifeless and cratered landscape of the Western Front. The title of this work, “We Are Making a New World”, took a clear shot at the rhetoric that had been used to rally support for the war, but it also conveyed a more resonant message: the industrial capacity and technological expertise that had been organized and unleashed by the Great War heralded the advent of an age in which human beings might acquire the power to transform nature completely. The dream of transforming nature through science and technology had been an element in Western thought since at least the time of Francis Bacon, but now, for good or ill, that dream had the potential to become a reality.