Wounded: A New History of the Western Front in World War I — Reviewed by James Thomas

Wounded: A New History of the Western Front in World War I
By Emily Mayhew
Oxford University Press, 2014


In Wounded, Emily Mayhew crafts a remarkable glimpse into one of the most important but less examined aspects of the Great War. All who study the war know of the horrors, the numbers, the wastefulness and the mud. The massive slaughter in No Man's Land and the hell-scape that was once beautiful French countryside are images that instantly come to mind when the war is considered. Descriptions of battles like the Somme, Verdun or Ypres include the hundreds of thousands of casualties, men killed or wounded. Generally, after describing the battles and giving those statistics to show once again the enormity of the war, the story moves on to the next battle and its horrific statistics. But what happened to the men who were those wounded casualties? How did they leave the battlefields? Where did they go and what sort of treatment did they receive? Who were the men who carried them, doctored them and fought their own war against the enemy of all soldiers, death? These are the questions Mayhew answers in her outstanding new book.


Dr. Mayhew uses primary source material to weave together the story of treatment of the wounded in World War I. Finding letters, diaries and reports from stretcher bearers, orderlies, nurses, doctors and even the wounded themselves she traces the movement and care of casualties. From the moment of their injuries soldiers suffered the trauma and pain of their wounds, the loss of comrades and the fear of what would happen to them next. As battles raged, countless wounded men, often crowded in shell-holes, cried out for help. Their numbers were staggering and their wounds ghastly. Then, trudging through the mud and detritus of the fight, the first stage of their rescue arrived in the form of bearers to give first aid and then struggle to carry them back to aid stations where orderlies would take over. Stretcher bearers faced the same shell-fire and snipers as the combat infantry and died in great numbers as well. Hospitals were shelled and there was never anywhere really safe. In fact, as Mayhew shows, no one was immune to the violence of the battlefield. Peace, it seems, was only found by the men in the Moribund Wards whose lives slipped away without further attempts to do anything but let them go as quietly and gently as possible.


One of the book's greatest assets is the author's ability to make the reader feel individual loss. She uses so many memoirs and firsthand accounts that windows are constantly opened into the lives of her characters, and moving through the book the reader never knows if the person whose story is being told survived the war or not. Too often one feels affection and admiration for bearers, orderlies, doctors, and chaplains only to have them die the sudden tragic death that so exemplifies the Great War. 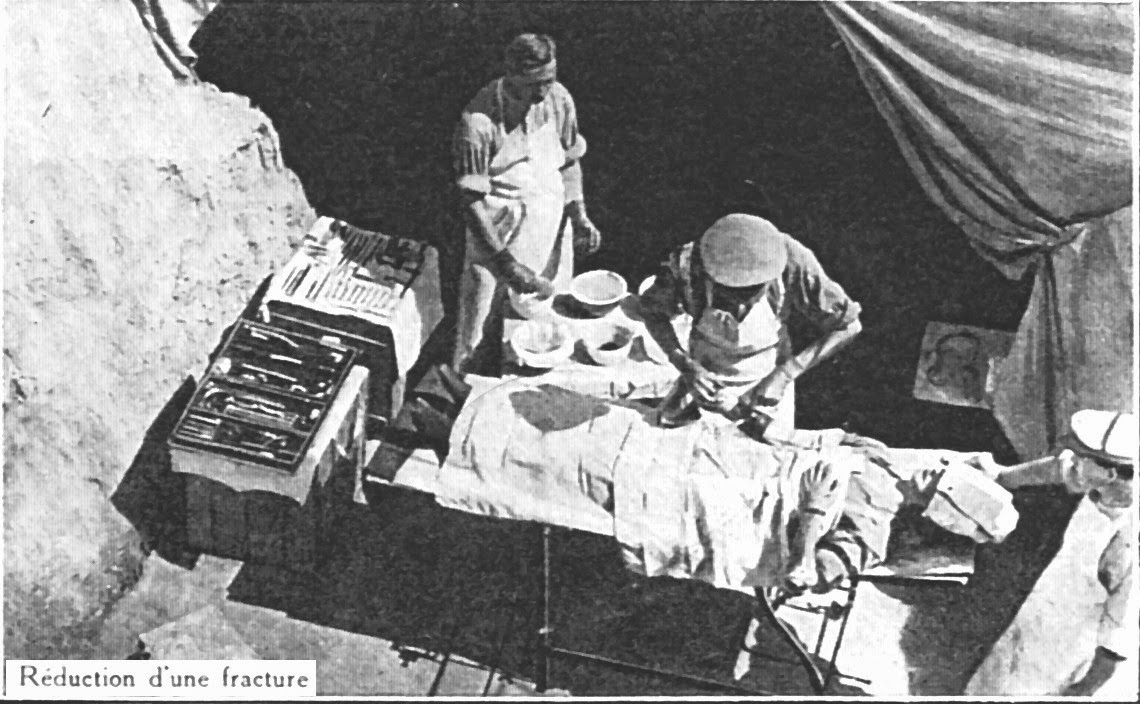 Mayhew's turn of phrase, whether her own or the words of her sources and nicely melded into her prose, add to the feeling of "being there." Wounded men with faces "white from too much fear and too little blood," fill a field hospital. Hopelessness and despair sometimes softened by chaplain's words (few of whom actually had the time for actual services) or a nurse's gentle kindness meld the story together to bring reality to a war now drifting a hundred years into the past.

In 1980 there was a television special on BBC1 which included an elderly Great War veteran describing the lifelong lingering effects of the injuries he sustained in 1917. Requiring regular medical treatments the rest of his entire life showed clearly the war had not ended for him on 11 November 1918. Mayhew's last character, a nurse, recognized this would be the case for her and so many others even as the war was ending around her; the war would never really be over. 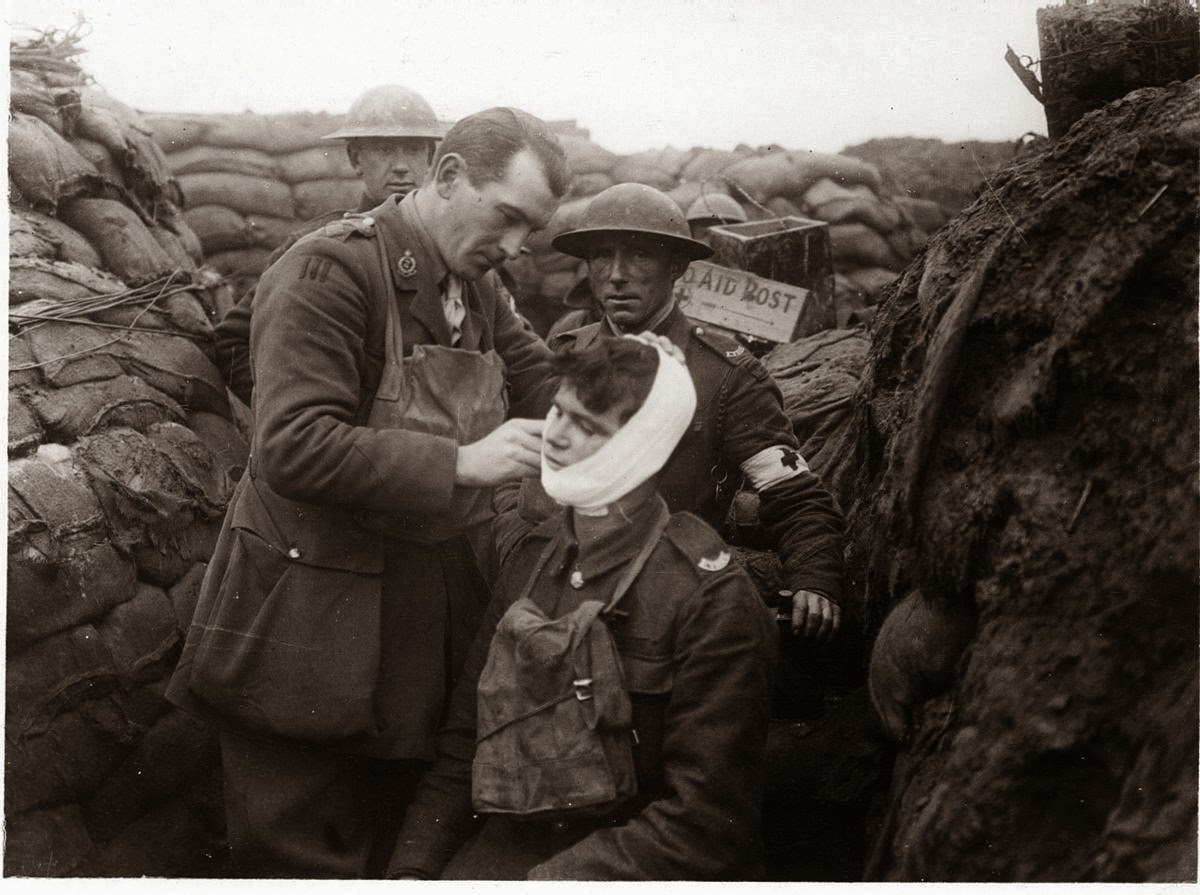 As all of the commemoration events unfold this year around the world, if there is any need to be reminded of the pain and loss the war's statistics represent, turn to Emily Mayhew's Wounded, and indeed the war will never be forgotten.