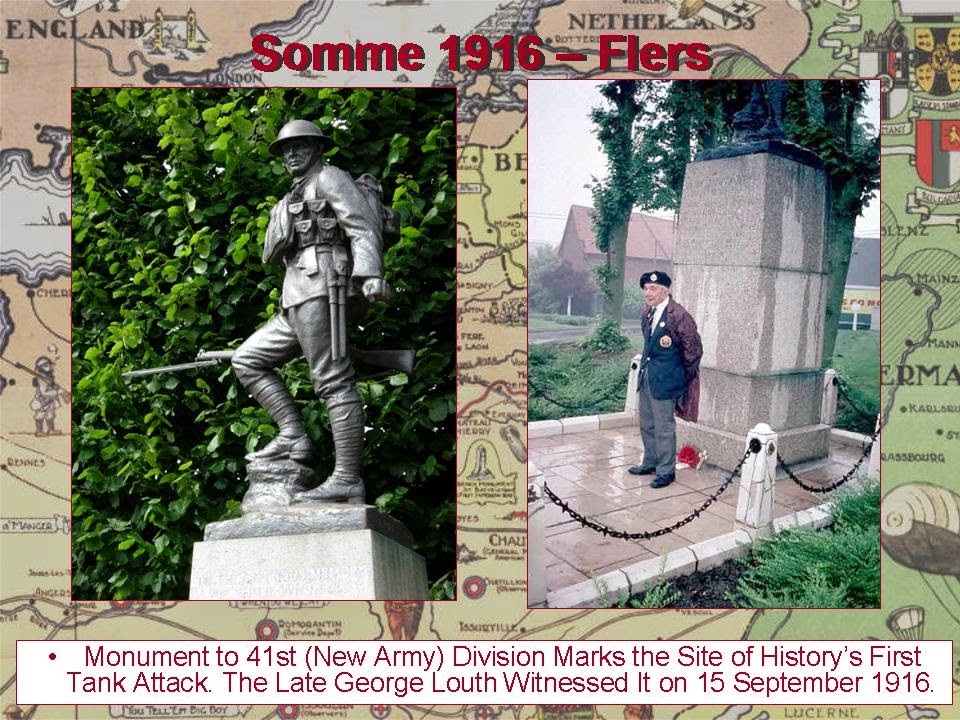 In mid-September 1916 in an operation known as the Battle of Flers-Courcelette, the 41st Division along with the New Zealand Division, stormed and captured the farm village of Flers supported by the first tanks ever committed to battle. There is little recognition of the tank action at Flers, the main Tank Memorial is located on the Albert-Bapaume Road where they were initially assembled. However, Flers does have the most photogenic of all division monuments on the Western Front, with the British Tommy statue in the village center.