Who Was the Great War's Most Famous Prisoner of War? 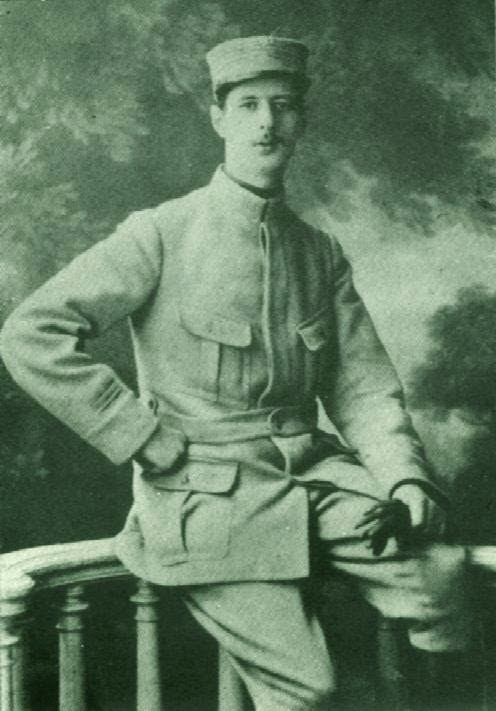 Shortly after war was declared in August 1914, Lieutenant de Gaulle was in action with Charles Lanrezac's Fifth Army stationed in the northeast. De Gaulle was wounded on 15 August at Dinant, evacuated and hospitalized, and was not fit to return to the front until October. On 10 March 1915,he was wounded a second time in the fighting at Mesnil-les-Hurlus.

Once recovered, he rejoined his regiment first as company commander then as aide to the colonel. He was wounded a third time during the battle of Verdun, at Douaumont, in 1916. Left for dead, he was given a "posthumous" mention in army dispatches. He was, in fact, captured and received hospital treatment in Mainz before being imprisoned in various locations, including the fortress of Ingolstadt in Bavaria.

After five failed escape bids (between May and September he was interned successively in Osnabrück, Neisse, then Sczuczyn, before being transferred to Ingolstadt in October 1916, then to the Rosenberg camp in July 1917, to the military prison in Passau in October 1917, back to Ingolstadt in November 1917, to the Wülzburg camp in May 1918, and finally to the prisons of Tassau and Magdeburg in September 1918), he was not freed until the Armistice.

His companions in captivity included Major Georges Catroux, who would become a general in the Free French Forces of World War II, journalist Rémy Roure and Mikhail Tukhachevsky, a future marshal of the Red Army and victim of the Stalinist purges. He made use of his time in captivity to extend his knowledge of Germany and to read German authors. He also gave lectures, mainly on strategic and geopolitical aspects of the course of the war.

He was released following the Armistice and returned to his family in December. From 1919 to 1921, de Gaulle was seconded to Poland where he took part in the formation of the new Polish army which fought surprisingly well and victoriously against the Red Army.