Why Did the Original BEF Deploy Two Fewer Divisions Than Had Been Promised?

I've always wondered about why the BEF at Mons had only four infantry divisions rather than six promised. I recently stumbled across the answer in Sir John French's otherwise poorly regarded memoir, 1914. 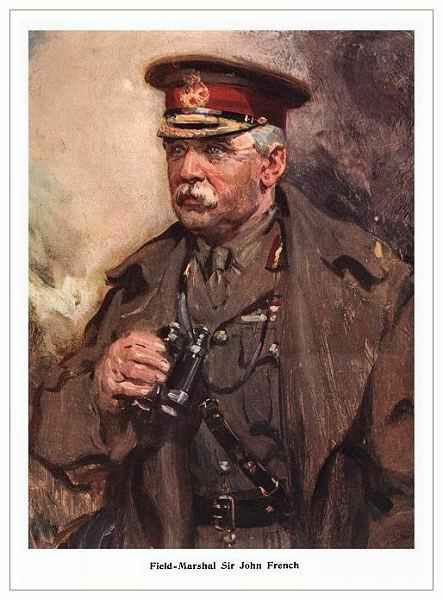 On Wednesday, August 5th, a Council of War was held at 10, Downing Street, under the Presidency of the Prime Minister. Nearly all the members of the Cabinet were present, whilst Lord Roberts, Lord Kitchener, Sir Charles Douglas, Sir Douglas Haig, the late Sir James Grierson, General (now Sir Henry) Wilson and myself were directed to attend. To the best of my recollection the two main subjects discussed were:

1. The composition of the Expeditionary Force.
2. The point of concentration for the British Forces on their arrival in France.

As regards 1:
It was generally felt that we were under some obligation to France to send as strong an army as we could, and there was an idea that one Cavalry Division and six Divisions of all arms had been promised. As to the exact number, it did not appear that we were under any definite obligation, but it was unanimously agreed that we should do all we could. The question to be decided was how many troops it was necessary to keep in this country adequately to guard our shores against attempted invasion and, if need be, to maintain internal order.

Mr. Churchill briefly described the actual situation of the Navy. He pointed out that the threat of war had come upon us at a most opportune moment as regards his own Department, because, only two or three weeks before, the Fleet had been partially mobilised, and large reserves called up for the great Naval Review by His Majesty at Spithead and the extensive naval manoeuvres which followed it. So far as the Navy was concerned, he considered Home Defence reasonably secure; but this consideration did not suffice to absolve us from the necessity of keeping a certain number of troops at home. After this discussion it was decided that two Divisions must for the moment remain behind, and that one Cavalry Division and four Divisions of all arms should be sent out as speedily as possible. This meant a force of approximately 100,000 men.