100 Years Ago: The British Army About to Take the Offensive at the Battle of Neuve-Chapelle

Tomorrow is the 100th anniversary opening of the of the British Army's first set-piece offensive action of the Great War, the Battle of Neuve-Chapelle.  The attack took the outnumbered Germans by surprise allowing the British to penetrate four lines of trenches and take the village of Neuve-Chapelle. However, they were unable to exploit the narrow breach they had created in the German lines and push on to their tactical objective (see map below) or threaten the occupied city of Lille, 12 miles distant. Lille would not be liberated until October 1918. Cavalry, contemplated to exploit the breakthrough, was never deployed.

Where:    North of Paris in the Pas-de-Calais, 21 miles north of Arras, about 130 miles from Paris 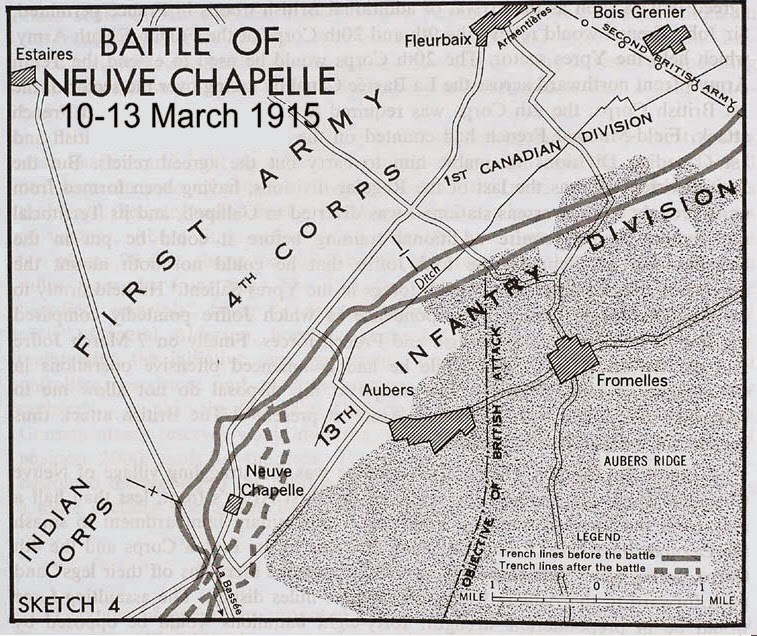 Neuve-Chapelle was an important part of the learning curve for the British Army, which was undergoing tremendous expansion in 1915.  The casualty figures show the incredible price that would be paid throughout the war for such learning experience by all the combatants.