100 Years Ago: The Fall of Fortress Przemyśl, Verdun of the East 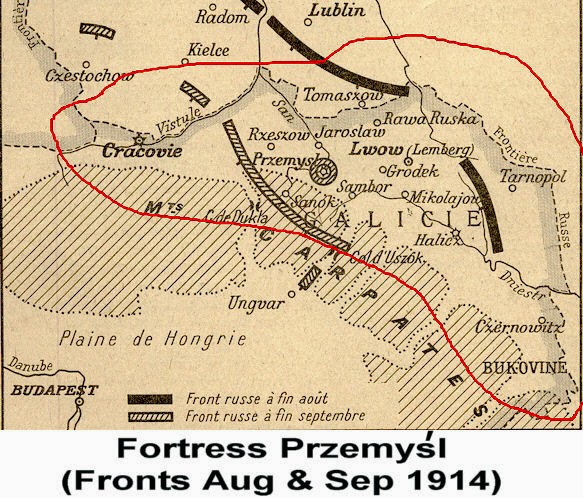 The military of the Austro-Hungarian had been deeply embarrassed in 1914 by its failed invasions of Serbia. However, a greater humiliation and and irreversible manpower loss unfolded for the Empire in the early months of 1915.

Prior to the outbreak of World War I, few had ever heard of Fortress Przemyśl, a complex of 31 full forts and 10 fortified field artillery batteries, situated in the far-off Polish province of Galicia with a name difficult to pronounce. However, from September 1914 through its surrender on 22 March 1915, this isolated, obscure fortification became the center of military strategy for General Conrad von Hötzendorf, chief of the Austro-Hungarian General Staff. Russian forces besieged the Habsburg fortress twice, once in September and again in November 1914. The ensuing battles produced tens of thousands of casualties in vain attempts by the fortress garrison and Habsburg field army to liberate the bulwark. The first siege followed on the heels of the disastrous Habsburg defeats at the two battles of Lemberg on 11 September 1914, which forced the Austro-Hungarian army to retreat 150 kilometers. Habsburg forces launched an offensive on 1 October 1914 with the objective to regain control of the citadel after Russian mass attacks sought to capture it. Unfortunate defeats on the northern German front required Habsburg troops to again withdraw from the fortress environs on 4 November 1914, when their northern flank became exposed, resulting in the second siege.  Attempts at liberation followed in December 1914, followed by Conrad's three major offensives during the Carpathian Winter War of 1915. Weather, terrain, and a nearly impossible supply situation combined with catastrophic Habsburg defeats during the Carpathian Mountain campaigns. 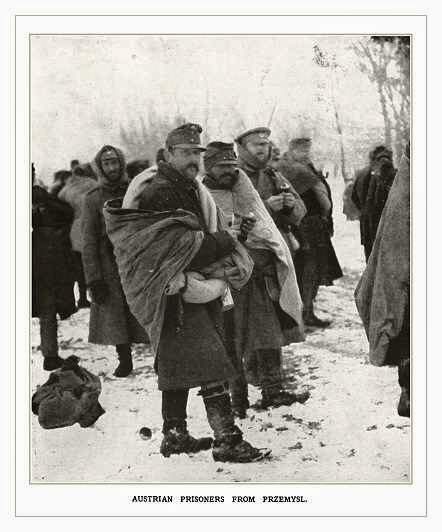 The third, final, and equally disastrous offensive effort consisting of only an infantry corps-sized attack force was launched on 20 March 1915. The operation had absolutely no chance for success because only 33,000 troops had to somehow advance 100 kilometers over winter mountain terrain to re-conquer the fortress in two days. Meanwhile, the fortress garrison received orders to launch a breakthrough effort in an attempt to reach the field armies before the bulwark was forced to surrender. The tragedy for the starved and exhausted garrison soldiers was that their brave efforts were doomed to fail. The attempt commenced just as the field army forces received orders to delay their attack toward the citadel for two days. It was too late to call off the fortress breakthrough attempt, but Second Army and V Corps were never informed that the fortress effort had already failed before V Corps launched its bloody, failed effort. Estimates of the Austro-Hungarian casualties during the siege vary greatly; it is believed at least 80,000 were killed and more than 30,000 were wounded.

On 22 March at 5:00 A.M. all fortress artillery pieces, except some 1861-vintage models, were reputedly destroyed, followed by any equipment or material that could be utilized by the enemy, including killing the last starving horses. The fortress command staff dined on the few remaining carrier pigeons for their “Last Supper". Three hours later the first Russian troops marched into Przemyśl. Nine generals, 2,600 officers,  and 117,000 enlisted soldiers were taken prisoner. After the surrender, Fortress Przemyśl disappeared from the news until the Gorlice-Tarnov offensive launched on 2 May and its recapture on 3 June 1915.

The Austro-Hungarian army, however, never recovered from its losses in the winter of 1914–1915.The Habsburgs would rely henceforth on German assistance in their sectors of the Eastern Front, the Balkans, and even in Italy for mounting the Caporetto Offensive.  The disaster at Przemyśl in March had validated suspicions that Austria-Hungary was an empire in steep decline and from that point the disintegration accelerated.

See our earlier discussion of the importance of Przemyśl by Rodney Walton at:
http://roadstothegreatwar-ww1.blogspot.com/2013/09/polands-absent-world-war-i-memorials_21.html