Back in my Air Force days we used have a monthly event known alternately as "Commanders Call" or "Officers Call" depending on the invitation list. Whatever the name, a regular feature of these get-togethers was viewing the latest in USAF propaganda (whoops, I mean public relations) films. The message of all such films, of course, is the positive uses for good in the world to which American military power could be put, like, if it really, really had to be put somewhere. The films were very professionally well done, naturally, and you got to see all the newest and coolest hardware in the Air Force inventory in action.

My all-time favorite featured a flight of F-105s with maximum full loads of everything, high-explosive bombs, napalm, and rockets, sent to attack a simulated enemy position on the Nellis AFB range — actually, it was a shack that looked something like the residence of the Unabomber. Anyway, the four planes managed to drop their entire un-guided, un-smart load on the structure as the narrator droned on somewhat pompously about the importance of air power to the nation's security. Meanwhile, on the screen, as the smoke started to clear, it became evident that the shack was still standing. Back in the junior officers' peanut gallery where I was located, we started laughing under the delusion we were watching some classic of military parody. The dirty looks back we received from the colonels up front in the prime seats cleared away our misconceptions rather promptly, however. 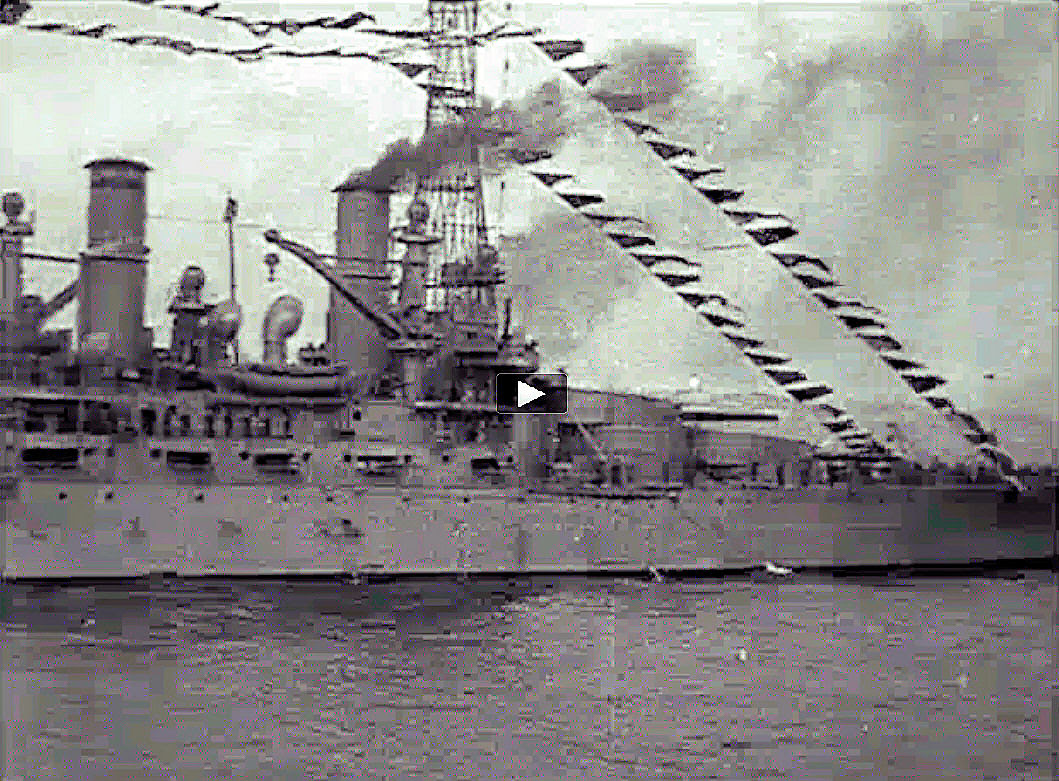 Such films, though, are not a new thing for the American military. Reader David West has brought to our attention a very early (1915) U.S. Navy public relations film. So far there been only 11 minutes of a two-hour film restored, but this piece has some gems. Included in the segment are early E-class submarines (they run a lot faster on the surface than you would guess), an unidentified dreadnought (a "Fortress of the Sea") with 14-inch main batteries, a resupply exercise that looks like something out of Victory at Sea, and sailors doing interesting nautical stuff with ropes (no kidding, it's really interesting.)