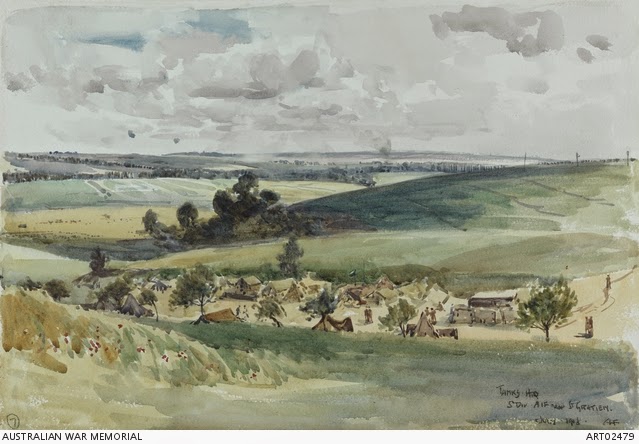 A Tank Depot in the French Countryside

From April 1915 until November 1917 illustrator Albert Fullwood served with the Royal Army Medical Corps as an orderly at the 3rd London General Hospital at Wandsworth in the company of fellow artists Coates, Roberts, and Streeton. He was subsequently appointed an official war artist , attached to the 5th Division AIF, working in France between May and August 1918 and from December 1918 to January 1919. 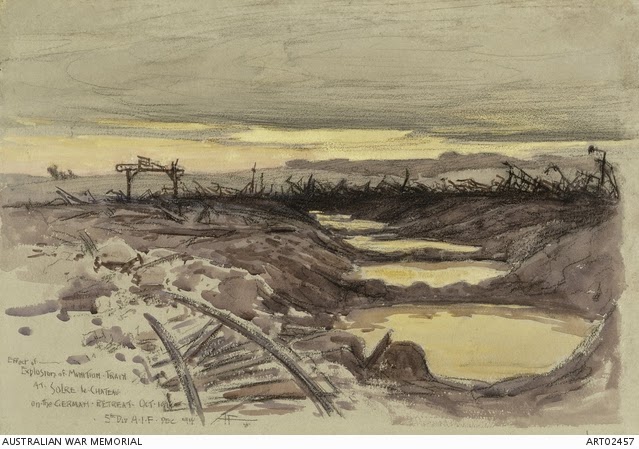 Damage from  an Exploded Munitions Train 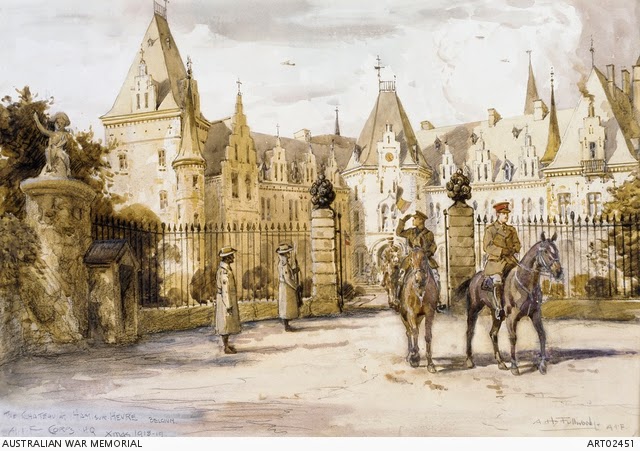 His major contribution as a war artist was to record aspects of the war which others may not have noticed or taken for granted. His works have a narrative element and captured Australian soldiers in "straightforwardly picturesque views of their environment". Fullwood returned to Australia in 1920 after his commission was terminated and became a foundation member of the Australian Painter- Etchers' Society in 1920 and the Australian Watercolour Institute in 1924. He died from pneumonia in October 1930. 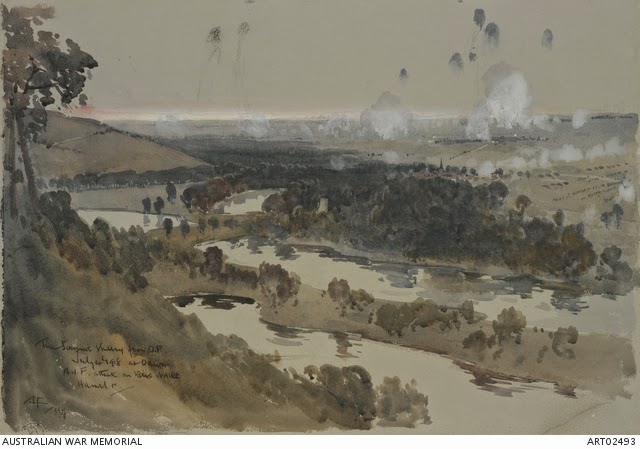 Explosions Over the Somme: Opening of the Battle of Hamel