Where Do Failed Generals Go? 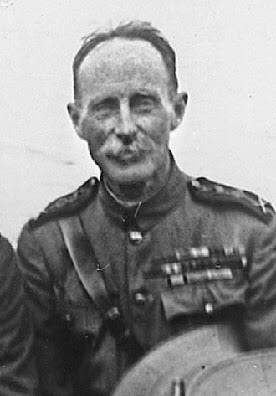 What do you do with senior commanding officer with a previously unblemished record who fails when his big moment comes? Or — in 1970s lingo — What happens after the "Peter Principle" kicks in?

The career of Sir Ian Hamilton, commander of the Mediterranean Expeditionary Force, who was responsible for the 1915 Gallipoli land campaign, is a case in point. First — to appease the political gods — the defeated commander must endure the ritual rack of governmental investigations until subsequent disasters provide distraction; then, to keep him from causing any further damage while avoiding sending discouraging signals to your remaining generals, you let him finish his military career in a safe sinecure. In Hamilton's case — he was highly esteemed by the King — an appointment of great prestige, Warden of the Tower of London, was granted him. After retirement from the Army, he worked at restoring his reputation by serving as honorary colonel to several famous regiments and representing the veterans of both Scotland and South Africa. He died peacefully in 1947.