Quotes About the Submarine War

I must confess that my imagination refuses to see any sort of submarine doing anything but suffocating its crew and floundering at sea.
— H. G. Wells 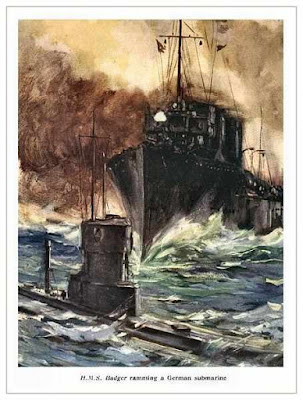 Even if a submarine should work by a miracle, it will never be used. No country in this world would ever use such a vicious and petty form of warfare!
— Admiral William Henderson, Royal Navy, 1914

No word of a submarine destroyer has ever been heard because it has been forced upon us, by experience, that submarines cannot fight submarines, nor has any successful antidote been found even by the most bitter antisubmarine experts with unlimited means for experiments.
— Admiral Jackie Fisher, Royal Navy, 1914

The gravity of the situation demands that we should free ourselves from all scruples.
— Admiral Friedrich von Ingenohl, Imperial German Navy, November 1914

The waters round Great Britain and Ireland, including the English Channel, are hereby proclaimed a war region. On and after February 18th every enemy merchant vessel found in this region will be destroyed, without its always being possible to warn the crews or passengers of the dangers threatening.
— Admiral Von Pohl, Chief of Marine Staff, Berlin, 4 February 1915

The unprecedented losses suffered during the last fortnight of April [1917], especially in the approach areas, greatly strengthened the hands of those who advocated the general introduction of the convoy system…
— Seaborne Trade, C. Ernest Fayle 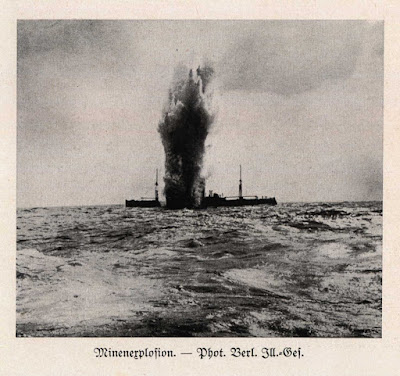 The only thing that ever frightened me during the war was the U-boat peril. [Some sources suggest both World Wars was intended.]
— Winston Churchill, 1946