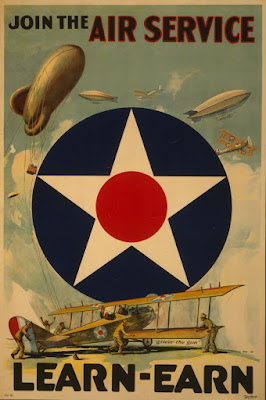 The Unsubstantial Air tells the story of the Americans who fought and died in the aerial battles of World War One. They told their own stories in letters, diaries, and memoirs. Five key words feature in their writing: honor, duty, country, chivalry, and romance. These have been discussed earlier by Hynes in his The Soldiers' Tale: Bearing Witness to Modern War (1997) and A War Imagined: The First World War and English Culture (1990). In this book, American aviators express surprise, and describe their success, delight, disappointment, and their determination to carry on, even when the big words do not match the reality of their experience. The volunteer fighters were often privileged. Hynes, himself a pilot in World War Two, describes how East Coast aristocrats like Teddy Roosevelt's son Quentin dreamed of chivalric single combat in the sky; they came to know both the beauty of flight and the omnipresence of death. Romantic ideals blend with a harsh but often exciting reality in the written records of the pilots who came of age in World War One.


The pilots were also, Hynes explains, tourists. Many had not been abroad before and reveled in the strangeness and beauty of England and France, delighted in invitations to local chateaux, in breaking rules and overindulging in drink. But they were also very serious and single-minded. Their main goal was to fly, to be pursuit pilots rather than bomber or observation plane pilots. There was indeed a strong sense of urgency in their flying that is reminiscent of a Harvard-Yale match.

The stories told in the pages of The Unsubstantial Air are not military history. They describe men and their planes, "the French earth and the sky; the flying, and killing, and dying and surviving" (4). It is necessary, Hynes argues, to listen to the voices of the fliers who tell their stories because only then can we begin to understand the story of the their lives in the air as well as on the ground, how they were changed, how they grieved for dead friends, and how they became fatalistic as they realized that death in the air was not just likely but almost inevitable.

The vulnerability of the young fliers is seen particularly clearly in the description of Joe Eastman's career. Eastman was a young student who was dogged by bad luck and nervousness. He is described as a kind of poet because he is particularly sensitive to atmosphere, especially the loneliness of a battlefield before the battle begins. His diary contains not only lucid descriptions but also fascinating illustrations (an excellent example is to be found on p. 221).

Eastman describes how his plane often broke down, resulting in numerous emergency landings. At the end of the war, he reflects that he was indeed a nervous pilot. Hynes shows that despite his nervousness, however, he was brave: while he shook as he put on his flying gloves, he still flew, thereby "dispersing any possible charge of cowardice: a coward flees from what frightens him; Eastman confronted it. I reckon that takes a high degree of courage, and as I read his honest, confessional diary, I feel admiration and affection for the troubled young man who wrote it" (272). Hynes is particularly moved by Eastman's addition of a separate piece of paper stuck into his diary at the end of his wartime entries and simply headed "killed". The names of 17 pilots are listed, all from the 94th and 95th Squadrons, in which Eastman served; as Hynes observes, "it's not a unit roster; these are personal dead" (281). Hynes mentions similar lists by other pilots.


In the afterwards to this moving study, Hynes observes:

I come to the end of this story of the flying game with a feeling of admiration for the men I have met here, but also with a certain sadness. Like old Nester in the Odyssey, I look back on the war and think, 'So many good men gone.' How young they were, how promising those young lives that would not be lived out, what talents they had that their country might have used well in the years ahead. And what good guys they were - funny, risk-taking, good friends and good fliers. War is a cruel devourer of the young. And flying is a gamble that even the best pilots don't always win.

The Unsubstantial Air is both moving and tragic. The extracts from letters, diaries and memoirs bring the war in the air to life, with all its thrills but also its terrors. Hynes's study is copiously illustrated, carefully annotated and accompanied by a short but helpful bibliography. He combines personal knowledge of flying, the historian's attention to detail, and the critic's interpretive faculties to produce a rich study of thrills, fear, death, and destruction. This book is an important contribution to a remarkable 20th-century phenomenon — the wealth of participants' records of war — records that are invaluable complements to the accounts found in history books. The Unsubstantial Air is the story of how the participants saw the war, told by a man who can understand it not only because he flew in World War Two but because he knows that war is and always will be — an integral part of the human condition.