Who was Brand Whitlock?

Brand Whitlock (1869–1934) was born in Urbana, Ohio. He became a journalist and worked for the Chicago Herald. He was later employed by John P. Altgeld, the reforming governor of Illinois. Whitlock also worked closely with Samuel Jones, the radical mayor of Toledo.

Whitlock became increasingly involved in politics and eventually served four terms as mayor of Toledo (1906–14). Like Samuel Jones, Whitlock developed a reputation as an honest and efficient mayor. In 1914 Whitlock accepted an appointment by President Woodrow Wilson as American Minister to Belgium, during which time he earned a nickname as Le Ministre Protecteur on account of his frequent appeals to German military authorities in occupied Belgium on behalf of condemned prisoners. 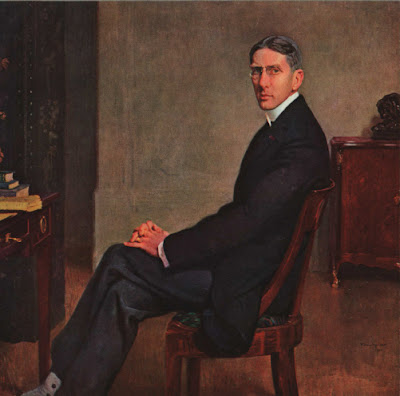 He kept a detailed diary of the war years.  Here he describes Brussels after one year of occupation.

August 20, 1915. — One year ago today the grey horde entered Brussels; and now for a whole year we have had the experience, unique and terrible for an American who from infancy had been trained in liberty, of living under an irresponsible military despotism. We have seen that army swoop across this poor, dear little country, committing every crime, every abhorrence, every outrage. The effect upon the life of the Belgians has been death. A year ago there was a happy, contented population, laborious, peaceful. The Government of the free communes had made it, during the centuries, a liberty-loving, self-governing, democratic people. And for no reason, that grey horde came with fire and sword, laying waste the land, pillaging, looting, murdering, raping — it is even yet wholly inconceivable that in our day such a thing could be. History knows no such crime The rape of Poland was not so bad, because the internal dissensions of Poland were really responsible for that.

And Brussels is so sadly changed. We have not heard the ring of a hammer or of a trowel in a year; what music it would be! The shops are depleted; there is no such thing for instance as a new hat; a new style; many things can scarcely be procured at all — soap, tooth-brushes, many medicines, cigarettes and so on. Prices have quadrupled. It costs us to live four times what it cost before the war. Butter, they say, will soon be impossible to obtain, and the chickens are disappearing, for there is no food for them. The streets are dead; no life in them — people dragging about, staring aimlessly, and every block a squad or a company of the grey — that dirty, hideous grey! — uniformed last reserves tramping stolidly, stupidly, brutally along, in their heavy hobnailed boots. The Germans have changed the aspect of the city. Once the most beautiful city in Europe or surely one of the most beautiful, they have destroyed its artistic appearance by the evidences of their taste. They have built kiosks for the vendors of German newspapers, books and publications everywhere, hideous things of clashing colors; and they have stuck up everywhere their garish red, white, and black sentry-boxes like monstrous barber-shop signs.

Today the country is bare, stripped to the bone. The atrocities the drunken, brutal soldiers committed in the early weeks of the war are not worse than those other Machiavellian or Borgian crimes they commit now, the attempts at slow poisoning and corruption of the minds of those they would enslave. We have no press, no post, no communications, no telephone (though that is not such a deprivation but a blessing rather!), no liberty whatever. All of those rights we claim in our bill of rights are all denied — only a reign of terror. It is a year I don't like to look back upon. I don't know how I have lived through it or how much longer this must be endured. And I am the most privileged man in Belgium, and my soul sickens every day and my heart grows hot with impotent rage at what these Germans do.

And yet how different today from that day a year ago! The city has been very still.